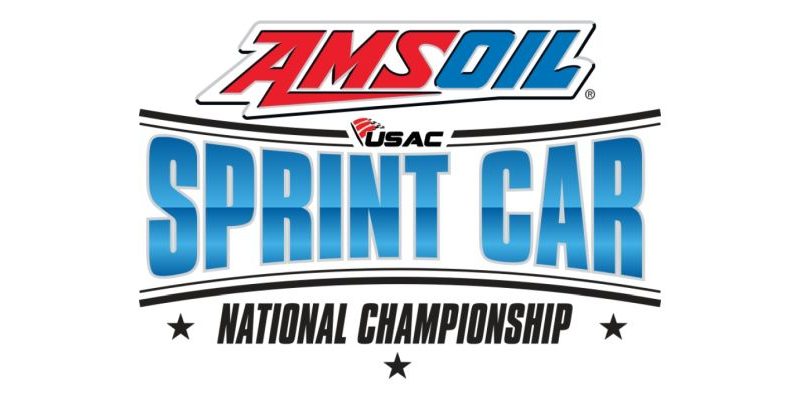 PRINT
By: Richie Murray – USAC Media
Speedway, Indiana (January 25, 2023)………In terms of single-season feature starts, top-fives, top-tens and final points ranking, 2022 was a career year for veteran Matt Westfall on the USAC AMSOIL Sprint Car National Championship tour.
Now, the Pleasant Hill, Ohio driver is eager to best his performance in 2023 as he goes full-time with the series as the driver of the Ohio-based Ray Marshall Motorsports No. 33m.
A year ago, Westfall made the feature field in 38 of his 39 appearances while reeling off three top-fives and 14 top-tens en route to a seventh place result in the final point standings – all career bests.
In fact, Westfall’s third place run in October at the Western World Championships was his first podium finish with the USAC National Sprint Cars in over a decade, since grabbing third in 2012 at Ohio’s Eldora Speedway.
“It was a good year for us,” Westfall recalled of 2022. “I feel like now we’re getting to where we have the equipment. I mean, we’ve always had good equipment, but I feel like we know more about what we’re doing because I was out so long running late models, modifieds and stuff like that.”
The 46-year-old Westfall’s racing accolades include the 1998 NAMARS Midget championship, the 2014 Eldora Speedway modified title, the 2015 Eldora Late Model crown, plus two Buckeye Outlaw Sprint Car championships in 2019 and 2021, just to name a few.
With that said, despite all the years behind the wheel of a variety of machines, it’s been a test of magnitude for Westfall to get back into stride with the USAC National Sprint Cars where he’s a one-time winner at Eldora back in 2006. Getting dialed in on the new bits and pieces last year was monumental and went a long way to providing him an extra pep in his step entering the new year.
“It just took a while to get reacclimated to the new shock stuff,” Westfall explained. “I’ve got Brad Wilson there at Leary Shock Technology who has really been helping us out a lot. We’ve been working together, and I feel like that’s helped my program a lot.”
Westfall flies into 2023 with familiar colors and a familiar home with Ray Marshall Motorsports, with whom he’s been partnered with since the 2018 season. Going into their sixth year together, Westfall and Marshall are equaled with Justin Grant and TOPP Motorsports as the longest continually tenured full-time USAC National Sprint Car team. That kind of continuity is important in this sport and has been instrumental to their success in recent years.
“We couldn’t do it without Ray,” Westfall said of his team owner. “Ray supplies us with everything and that’s what we need. He’s more like a friend, not really a boss or an owner; he gives me hell every once in a while but that’s to be expected. He’s been great to my family and his family is great too. We’ve also been working on some parts that we’re going to try and start selling and that’s been good.”
Westfall’s 2023 campaign with the USAC AMSOIL Sprint Car National Championship begins with a full week of work in Florida during the month of February, starting with a pair of non-points, special events at Volusia Speedway Park on February 13-14, followed by the first three points races of the year at Bubba Raceway Park on February 16-17-18.