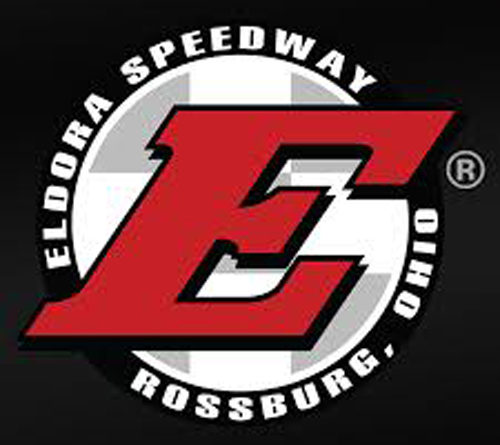 ROSSBURG, Ohio, July 11 — The paparazzi leaped from their beds this morning and scrambled for their cameras and notebooks when they heard royal trumpets sounding over the grounds of Eldora Speedway. Sir Smoke had summoned them and the royal crier, who announced to the kingdom and the world beyond that Jac Haudenschild, one of the most popular drivers in sprint car history, has been chosen as the Royal Sovereign for the 39th running of the Kings Royal this Saturday, July 16.

Dukes, duchesses, lords, ladies and peasants are all invited to purchase tickets for the event and the victory lane coronation at eldoraspeedway.com or by phone at (937) 338-3815.

“Queen Elizabeth’s Platinum Jubilee earlier this year was nice, but it missed the kind of excitement that can only be produced by racing’s famous Wild Child,” said Jerry Gappens, Eldora Speedway’s general manager. “He won this race in 1987, 1994 and 1998. He was inducted into the National Sprint Car Hall of Fame in 2009, and he retired from driving full time last year. Now instead of wearing the crown, he’ll get the honor of crowning the next king of the sprint car world.”

The Kings Royal started in 1984 by the late Earl Baltes. It is a crown jewel of the World of Outlaws NOS Energy Drink sprint car series. While the racing has always been spectacular, it’s Saturday night’s pomp and circumstance, and the $175,000 winner’s check, that has set the event apart.

After the checkered drops on Saturday night following the 40-lap A-main, the winning car will pull into victory lane and the ceremony will begin. A racing trophy queen will place a cloak on the winner while another one hands the driver a scepter. The Royal Sovereign is summoned to the stage carrying the crown, and the winning driver kneels down.

Haudenschild then will state: “With the power bestowed upon me, I hereby crown thee King [driver’s name] the 39th,” and will place the 14-inch high crown on the winner’s head. The driver then sits down on the 287-pound throne which has been used since 1984, and will rule his kingdom.

The Kings Royal is part of a four-day sprint car extravaganza at Eldora.

The action kicks off on this Wednesday, July 13 with the $10,000-to-win “Joker’s Wild.” Thursday features the return of the $100,000-to-win “Historical Big 1” after a 19-year absence. Friday's “Knight Before the Kings Royal” program pays $10,000 to the winner. They are all bucket-list events for fans and career highlights for the winners.

There was no Kings Royal in 2020 due to the pandemic, but two races were held on the same day in 2021 due to COVID-19 and rain earlier in the week. Tyler Courtney earned his first World of Outlaws victory when he was crowned the winner of the Kings Royal in the afternoon on July 17, 2021, while Kyle Larson won in the evening. There have now been four different Kings Royal winners in the last four races — Brad Sweet won in in 2019 and Donny Schatz won in 2018. Schatz also won three in a row from 2016 to 2018 – the first and only driver to have accomplished that feat so far – and has five Kings Royal victories in total. Steve Kinser won the inaugural race and leads the winners’ list with seven Kings Royal victories.

It is possible that the Royal Sovereign may crown someone from his family as King this year. His son, Sheldon Haudenschild, visited victory lane at Eldora for the first time last May, and at press time he’s second only to Sweet in the current point standings. The Haudenschild family is from Wooster, Ohio.

Tickets, schedules, entry lists , camping information and other information are available on the track website at eldoraspeedway.com. The speedway office phone number during normal business hours is (937) 338-3815.  Additionally, fans and teams can get behind-the-scenes access by following @EldoraSpeedway on Twitter, hitting ‘Like’ at Facebook.com/EldoraSpeedway and viewing video highlights at YouTube.com/EldoraSpeedwayInc.