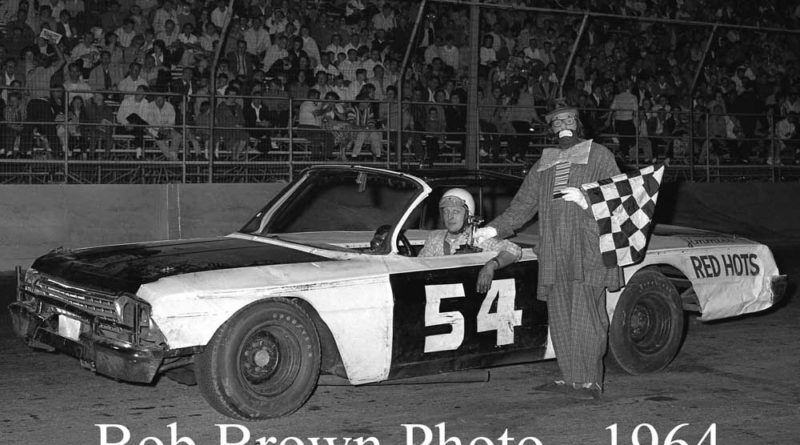 Don Theobald, known to O’Hare Stadium racing fans as “T-Bone the Clown,” passed away on January 14 at the age of 89.

Pretty much a fixture at the Chicago area speedway that operated from 1956 through 1968 in Schiller Park, Ill., at Mannheim and Irving Park Road, Theobald would provide clown antics and magic at the quarter-mile paved oval that was in the shadows of the O’Hare International Airport.  Theobald presented his fair share of trophies to O’Hare race winners over the years.

Born in Flora, Ill., on August 18, 1928, Theobald loved the circus as a kid.  He got his first magic kit at the age of 10 and never looked back.  He started performing for church and other groups by age 11.  He married his childhood sweetheart, Wilma, and they moved to the Chicago area where Theobald played the part of “T-Bone, The World’s Greatest Magic Clown” at various venues and events throughout the region.

Theobald will be remembered on Sunday, January 28 at Sax-Tiedemann Funeral Home, 9568 Belmont Ave., Franklin Park, Ill.  Visitation will be from 10:00 am until time of service at 11:00 am.