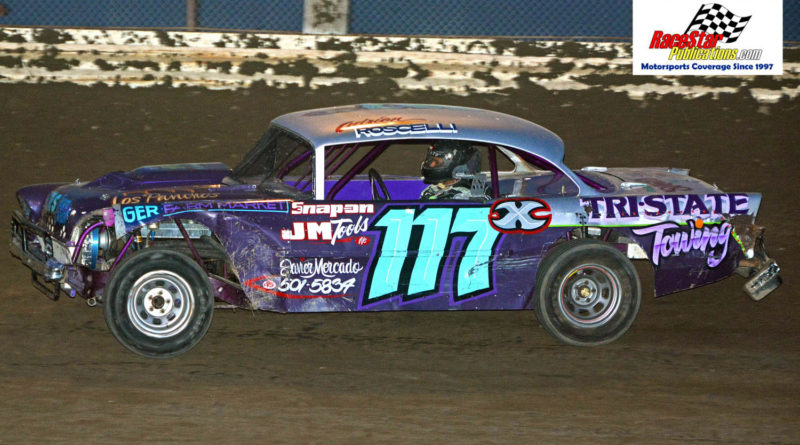 Spoonmore, who started the evening with a four-point lead over Reno Markham for division title honors, scored his third feature win of the season on the dirt.  Spoonmore, from Leland, Ill., held off the late race challenges of Markham to score the win in the 30-lap headliner.  Finishing behind the top two were Charlie Spoonmore, Dale Markham, Jeff Kerley and Corey Trump.

Coming back from a flip in his heat race, Baran won the 25-lap feature race for The Zimbrick Chevrolet Badger Midget Racing Association/Lucas Oil Regional Midget Series competitors, who made their fifth appearance at the Sycamore oval this season.

Running the bottom groove and looking like a sure winner, four-time Badger midget champion and current points leader Scott Hatton ran into slower traffic with three laps to go, giving Baran the opportunity to pass for the lead.  Picking up his first win of the year, Baran, who hails from Joliet, held on to score the victory over Hatton, David Budres, Ryan Probst, Chase McDermand and Kevin Olson.

“When Scott (Hatton) went around the lapped car on the high side, I knew my only hope was to get around the car on the bottom,” said Baran after his win.  “When I cleared the “lapper” I saw a clear track ahead of me.  I ran hard the final laps, waiting for Scott to challenge me, it never happened.”

Female competitor Stacy Doris was the winner of the 15-lap Pure Stocks feature.  The Genoa racer scored her ninth feature win of the season in front of Michael Huber and John Dietrich III.  Rick Zifko of Aurora won the Hornets (four-cylinder) division feature.