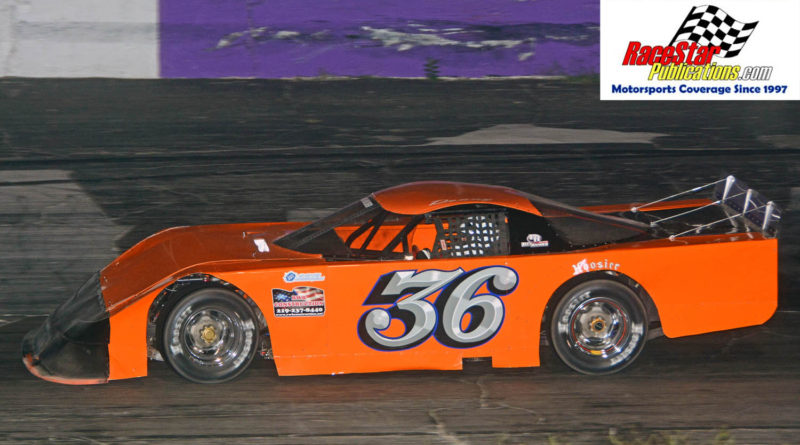 Boal, the veteran speedster from Plymouth, wheeled his No. 22 to victory in the 40-lap main event for outlaw late models.  Boal established a big lead from the outset only to see the race’s one and only yellow flag fly with 36 laps complete.  Boal held onto the lead after the restart and went on to claim the win in front of Cory Pressler, points leader Charlie Hanna, Kevin Sauer, Vern Sauer and Don Lindemulder.

A field of 14 took the green flag for the 25-lap street stock main event.  Brown, second in the points going into the night’s competition, scored the win ahead of Derek Wunder, who led a number of laps during the race.  Finishing behind the top two were Chad McGinnis, Rich Hensley, rookie driver Terrence Hesters and Boal, who leads the division standings.