Slinger Nationals on tap for July 9
By Stan Kalwasinski

Slinger, Wis.—Take Matt Kenseth, Ty Majeski, Bubba Pollard, Rich Bickle Jr. and a host of other late model stock car racing talent and you have the Slinger Nationals.  One of the biggest annual Midwest short track stock car events, the 40th SUPERSEAL Slinger Nationals presented by Miller Lite is slated for Tuesday evening, July 9, at the Slinger Speedway.  The high-banked, quarter-mile, paved oval will again be the site of the 200-lap mid-summer classic, which has seen a star-studded cast take the checkered flag previously.

Kenseth, the former NASCAR champion who raced out of Cambridge, Wis., during his short track days, is a seven-time winner of the Slinger Nationals.  Kenseth, who competed in NASCAR from 1998 through 2018 and was the NASCAR ‘Cup Champion in 2003 – winning 39 races in NASCAR’s top tier division, made his last Nationals appearance in 2016 and came home the winner.

Pollard, the Senoia, Ga., speedster, won the event in 2017.  Earlier this year, Pollard won the ARCA Midwest Tour Joe Shear Classic 200 at Wisconsin’s Madison International Speedway.  Bickle, the veteran driver from Edgerton, Wis., is a four-time winner of the annual Slinger contest, having last won in 2013 and will be on hand in his Tony D’Ambrose-prepped No. 45.

For more information, go to the speedway’s website at www.slingersuperspeedway.com. 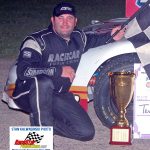 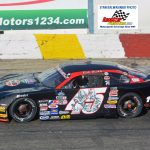 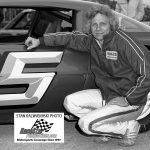 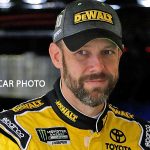 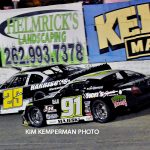 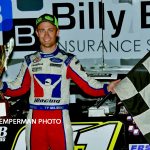