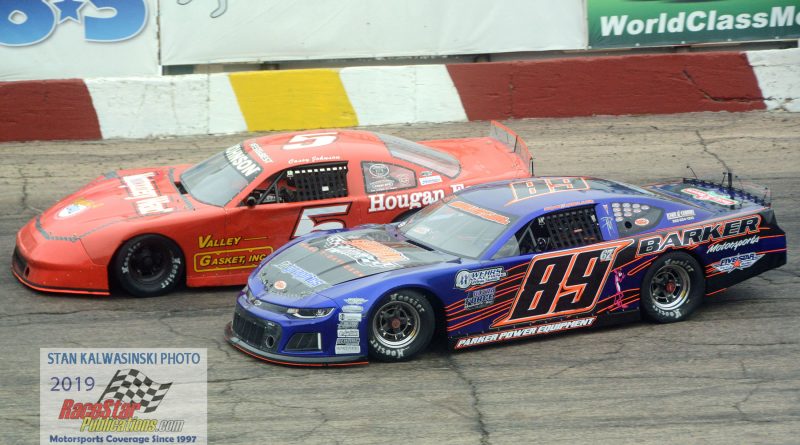 Loves Park, Ill., October 26—Coming from the back of the pack, Casey Johnson beat a host of top Midwest late model drivers and the rain as he scored the victory in the 54th annual National Short Track Championships presented by Crazy Times Pub & Grub stock car special at the Rockford Speedway Saturday afternoon.

Scheduled for 250 laps around the high-banked, quarter-mile, paved oval, the race was called official after 150 laps because of rain with Johnson, who won the event in 2016, being declared the winner.  Johnson, who took the lead from Steve Apel on about lap 138, defeated Brad Mueller, Austin Nason, Apel, Jake Gille and fast qualifier Michael Bilderback in the $10,000-to-win race.  James Swan, 2015 race winner Jon Reynolds Jr., Josh Wallace and Tim Lampman rounded out the top 10.

This year’s ARCA Midwest Tour Champion, Johnson, the 29-year-old racer from Edgerton, Wis., drove his Hougan Farms/UAW Region 4/Valley Gasket Inc./Montgomery Ward/Wegner Automotive-sponsored Pathfinder Chassis Chevrolet SS to the victory after starting last in the 22-car field.  The race, originally slated for September 29, was rained out with Johnson and his No. 5 entry not having the best practice and qualifying runs in September thus Johnson’s back-of-the-pack starting spot.

A total of eight yellow flag cautions, including two competition yellows, slowed the action that saw Rich Bickle Jr. lead the first half dozen laps or so.  Alex Prunty, winner of the last two NSTC events, moved into the lead on lap six with Apel, Bickle, Ty Majeski and Bilderback giving chase.

The first competition yellow came out with 75 laps completed with everyone going to the pits with the exception of Majeski, Mueller and Johnson.  A dice roll of six inverted the top cars with Apel the race’s new leader.

The race had just restarted when Prunty and Bickle got together and crashed off of turn four.  Prunty’s hope for three-straight win ended with him completing 88 laps.  Bickle, another former two-time winner, came back on the track after extensive repairs and completed 133 laps.

Apel was the leader with Majeski running a close second.  Majeski got into the back of Apel with 92 laps complete, sending the leader spinning.  Majeski “tapped out” with Apel going back to the lead position and Majeski to the tail of the field.  Majeski, who won both the recent Oktoberfest 200 and Falloween 150 in Wisconsin, was trying to work his way back to the front until carburetor/engine woes forced him out after completing 124 laps.

As the race wore on a few rain drops became noticeable with Apel still showing the way.  Johnson caught up to Apel and moved into the lead with Apel losing several positions.  Another competition yellow was thrown with 150 laps complete but the rain increased, soaking the track and forcing officials to call the race complete.

“During the first 75 laps or so, I was biding my time and getting a little track position,” Johnson said after the race as the rain continued to fall.  “We played a little strategy there by staying out (during the first competition yellow).  I knew I had a really good car.  We practiced well this morning.  We made some adjustments on the car since the rainout.  It (the car) was really stout.  I knew we were racing to lap 125 (halfway) so I went there at the end.

“This is my favorite race of the year.  It’s awesome.  This track is a different breed of racing.  You really have to get up on the wheel.  It’s a little rough sometimes.”

Ron Vandermeir Jr. of Sheridan, Ill., won the 50-lap Mid American Stock Car Series headliner with the victory giving him the series title, which he also won last year.  Coming from the outside front row of the 22-car field, Vandermeir, a third-generation driver, and his Chevrolet led from flag to flag in the race that was slowed only once by a caution flag with 46 laps complete.

Cody Clubb ran second most of the way with veteran Bobby Gutknecht getting by Clubb on the restart.  At the checkered flag, it was Vandermeir over Gutknecht and Clubb with Jeff Wakeman, Jason Thoma and Mark Pluer rounding out the top six.  Fastest qualifier Jeff Holtz finished eighth.

“We missed a little bit in qualifying,” said Vandermeir, who qualified eighth fastest among 28 entries.  “We took what they gave us as far as a starting position. I knew Cody (Clubb) was going to be there.  He was in my mirror the entire race.” 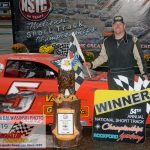 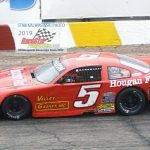 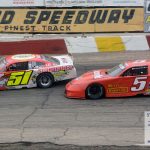 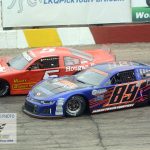 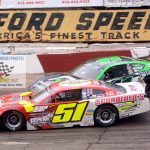 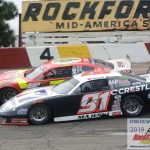 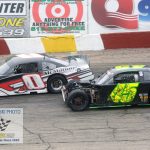 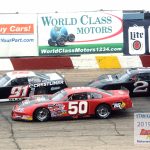 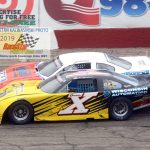 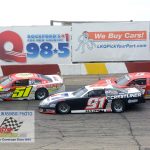 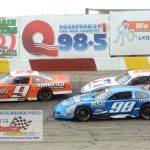 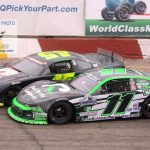 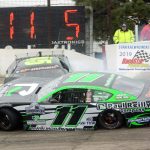 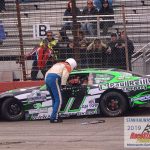 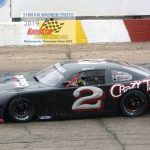 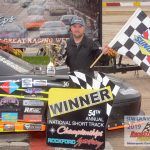 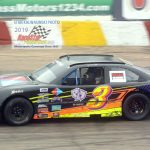 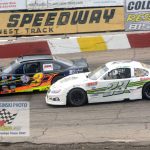 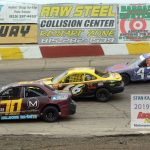 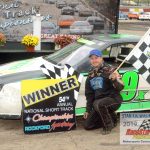 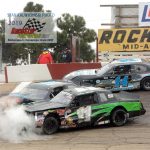 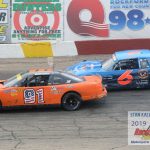 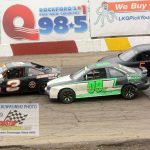 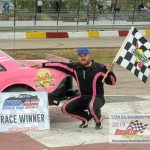