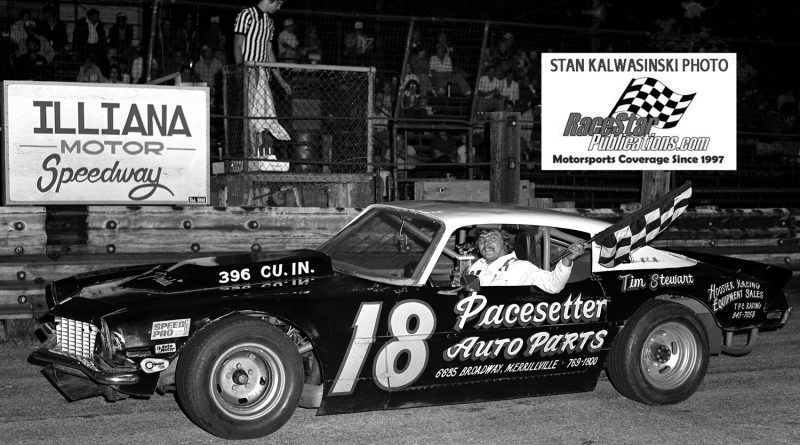 Stewart, who began racing at Illiana in 1977, won his first feature race on September 25, 1977.  Racing out of Gary, Ind., and wheeling his No. 18 stock car, Stewart won the sportsman class titles at the Schererville, Indiana speed plant three consecutive years, 1979 through 1981, and pretty much gave up his racing career after that.

After his driving days were over, Stewart took care of the speedway’s buildings and grounds for many years for Illiana owner Harry Molenaar.

Later, Stewart helped launch and support his son, Timmy’s racing career with young Stewart winning Illiana street stock division championships in 1998 and 2000 and the Turbo Stox title in 2015 – which marked the final year of racing at Illiana.