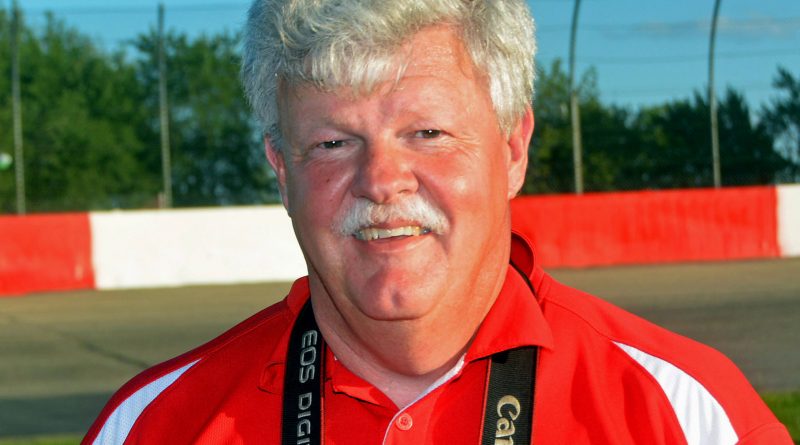 Valparaiso, Ind.—Race fan, racing photographer and track official, Ron Goodaker passed away on December 9 at the age of 62.

Going to some of his earliest stock car races at Illiana Motor Speedway in Schererville, Ind., Goodaker worked in the scoring tower at Illiana for a number of years before the track closed after the 2015 racing season.  Goodaker and his race-scoring talent moved to the Shadyhill Speedway in Medaryville, Ind., where he had worked at every Saturday evening during the summer for the past number of years.

Living in Valparaiso, Goodaker, along with his sons, Chris and Brian, were active at Illiana as photographers, capturing the racing images until the track shut its gates for the final time.  In recent years, Ron Goodaker could be seen every Friday night at the Grundy County Speedway in Morris, Ill., shooting photos of the cars and drivers from his usual position inside of turn two.  If a driver competed at Grundy, no doubt Ron Goodaker had grabbed an image or two of the racer over the years.

Visitation will be held Tuesday, December 14, from 3:00 pm until 7:00 pm at Moeller Funeral Home, 104 Roosevelt Rd., Valparaiso, with a funeral service on Wednesday at 10:30 am at Christ Lutheran Church, 2610 N. Campbell, Valparaiso. Masks will be required at church. Interment will follow at Graceland Cemetery, Valparaiso. 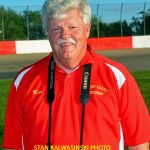