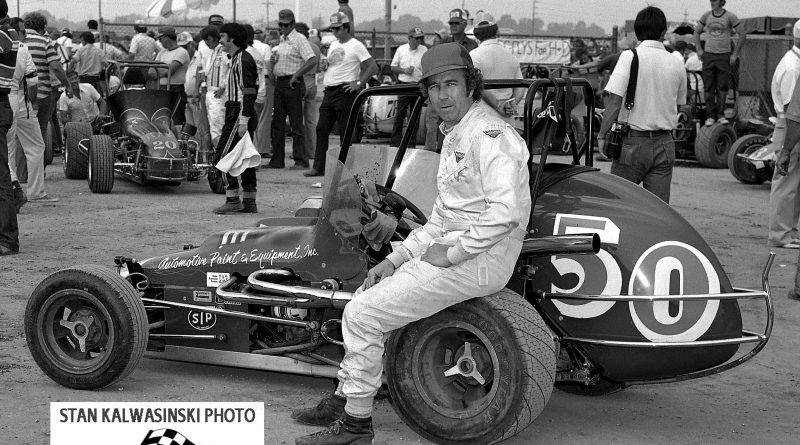 Joliet, Ill.—Former top area midget auto racer Roger West passed away on May 4 at the age of 78.  Suffering from health issues in recent years, West was the 1967 United Auto Racing Association (UARA) champion before going on to United States Auto Club (USAC) midget competition and a try at the Indianapolis 500.

In 1967 West won the UARA title, defeating Bob Richards and Bill Kollman for the championship.  West won two UARA “compact sprint” features along the way.  He jumped into Dick Herath’s No. 22 at Joliet Memorial Stadium on July 15th and won a 75-lap championship race.  Later in the season, West was behind the wheel of his regular Bob Corson-owned ride, scoring a victory on the dirt at Peotone, Ill., on August 25th.

West finished 43rd in UARA points standings in his rookie year in 1963.  He was 25th in the standings in 1964 and 11th in 1965.  Highlights of the 1965 racing season were two trophy dash victories at the Mazon Speed Bowl over the Labor Day weekend in Joe Mogis’ Falcon-powered No. 95.  West ended up sixth in UARA points in 1966, scoring his first career feature win on the flat, quarter-mile, Joliet oval on July 23, 1966, besting Willie Wilson and George Kladis.  West would win three straight at Joliet in Bob Corson’s Chevy-powered No. 15 midget.

West made two USAC Champ Car starts in 1968, competing at Springfield, Ill. and at the “Milwaukee Mile” driving for Joliet car owner Tim Delrose.  West finished 10th at Springfield at the wheel of Delrose’s Offy-powered No. 58 dirt champ car.

West went to the Indianapolis Motor Speedway in 1969 as a rookie.  Making his first appearance on the track on Monday, May 19th, West was driving the Ford-powered Marathon Special No. 75 and had completed the first two phases of his rookie test..  West was working through the 150 miles-per-hour segment of the test when he spun in turn one and tagged the outside wall.  West was not injured, but his car was damaged ending his quest to make the “500” classic.

West’s racing career pretty much came to a close by the mid 1970s although he made a few midget starts in the late 70s and early 80s. 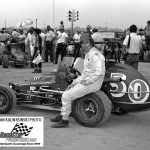 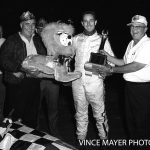