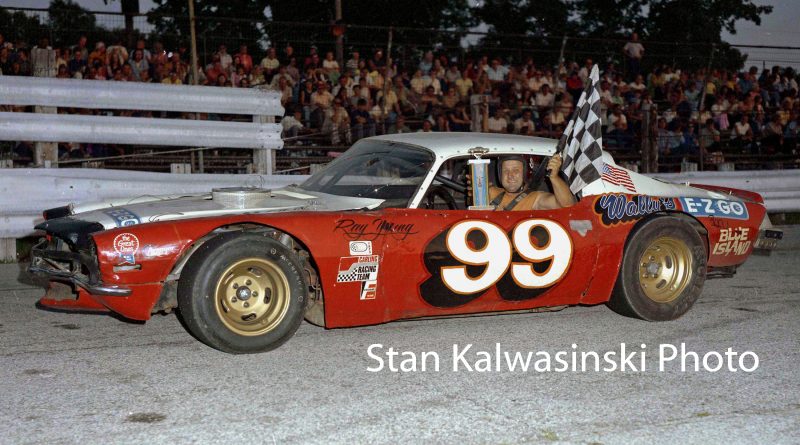 Chicago, Ill.—Perhaps the most popular driver ever to wheel a stock car in the Chicagoland area, Ray Young passed away Saturday, July 6, at the age of 87.  Known, as the “tobacco-chewin’ truck driver,” Young enjoyed a racing career that spanned some 30 years, winning a total of eight area track championships at five local speedways.

Young was born in Whitwell, Tenn., a small town northwest of Chattanooga on March 15, 1932.  The attraction of more and better paying jobs up North brought a 17-year-old Raymond H. Young to Chicago in 1949.  A stranger to the “Windy City” area, Young began attending the stock car races at Blue Island’s Raceway Park, watching the likes of Bud Koehler, Bill Van Allen, Bob Pronger and others do battle.

At the age of 20, Young began racing himself at Raceway Park in 1952, wheeling a 1941 Ford coupe, No. 23L on the paved, quarter-mile track.  Records show that Young won three back-up races along with one team race victory that first year.  Late in the season, Young’s Ford tangled with another car and ended up bouncing end over end down the main straightaway.  Young was uninjured.

A few years in the Army halted Young’s racing career.  Once out of the service, Young raced a 1950 and 1954 Oldsmobile at the “World’s Busiest Track.”  Racing sometimes four-nights-a-week, Young scored his first career feature win at Raceway Park on Wednesday night, June 24, 1959, driving his Nydam Brothers Auto Rebuilders-sponsored 1959 Studebaker Hawk No. 99 to the checkered flag ahead of Bob Williams and Bob Pronger.

Hailing from Chicago, Young was Raceway’s late model champion in 1962, wheeling a ’57 Ford to 16 feature wins, including the track’s annual 300 Lap Classic.  Young repeated his 300 Lap Classic victory in 1964.  In 1973, Young was again the late model champ at Raceway, nailing down 17 feature wins.  He won his last stock car feature race at Raceway Park in 1974 and ended up with 107 career wins there.

Perhaps one of Young’s finest performances in Chicago area stock car racing was when he won four 30-lap feature races in one night at Raceway Park in 1964 during one of the track’s popular “Monza Classic” events.

It was Sunday night, July 12, and the then 32-year old Young was one of the top drivers in the track’s “rough and ready” late model division.  The old paved speedway measured slightly under a quarter-mile and it sometimes took and little “pushing and shoving” to get to the front.  Young and his S&H Auto Radiator-sponsored 1963 ½ Ford No. 99 started off the night by setting fast time during qualifications with a lap of 13.15 seconds.

The first 30 lapper saw a field of 24 start with Young lining up last in a very competitive field with the likes of Bud Koehler, Ted Janecyk, Johnny Kapovich, Harry Simonsen, Don Oldenberg, Stash Kullman, Rich Miller and “Legs” Whitcomb among his fellow combatants.   Young was up to the task of winning the first feature and three more that night – all after starting at the tail end of the field.

Young also was a late model titlist at Illiana Motor Speedway in Schererville, Ind., in 1966, driving a ’64 Ford Fairlane, and at the Waukegan (Ill.) Speedway with back-to-back titles coming in 1969 and 1970.  Young won a total of 31 features at Waukegan during those championship seasons.

Young was among the front-runners at the Grundy County Speedway in Morris, Ill., when the track opened in 1971, replacing the old Mazon Speed Bowl, where Young was the track champion in 1970.  Young had the distinction of winning the first 100 lapper at Grundy at the end of the 1971 season.

Young was the overall winner of the Chicagoland Driving Championship (CDC) in 1975.  With points tabulated for feature races at Grundy, Illiana and Waukegan, Young won a total of 10 CDC features on his way to the crown.

1976 was a banner year for Young.  He won his third career Waukegan driving title, winning a total of nine feature races.  On May 9th, Young captured ARTGO Racing’s CAM2 Classic 100 lapper at Grundy before a standing-room-only crowd witnessing only the second ARTGO event in history.  Young and his 1976 Camaro bested Bob Senneker and Joe Shear with NASCAR’s Bobby Allison finishing seventh. Young closed out the season, winning the first of two consecutive Tony Bettenhausen Memorial 100-lap races at Illiana.

In 1977, Young began to faithfully follow the American Speed Association (ASA) “Circuit of Champions” tour.  Young’s best ASA season was 1979 when he finished third in the points.  At Waukegan in 1977, he would win three 50 lappers in only six starts.

For a long time, Young’s race team was housed in an old barn-like garage situated among a block of neat, middle class homes on Cottage Grove Avenue in the Chicago suburb of Dolton.  The garage was guarded by Young’s dog, Oscar.  A visit to the garage might mean a “nip” from Oscar!

Young’s last full season of racing was in 1982 with him competing in the ASA series.  He took his final competitive ride in a stock car in 1983.  A truck driver for most of his life, Young was the owner of O’Rourke Cartage in Chicago for many years.  He was inducted into the Mazon Speed Bowl/Grundy County Speedway Hall of Fame in 2004 and into Illinois Stock Car Hall of Fame in 2013. 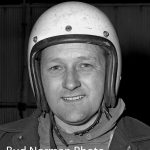 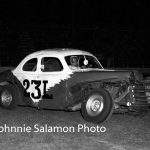 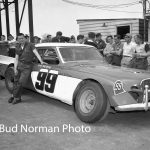 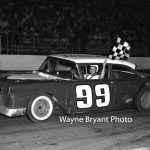 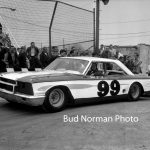 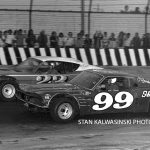 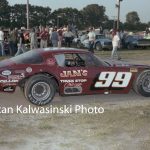 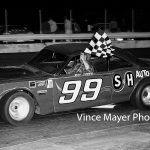 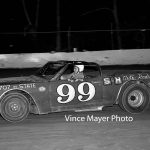 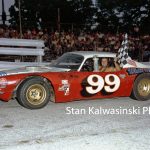 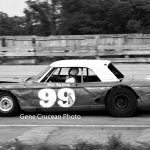 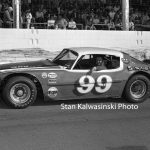 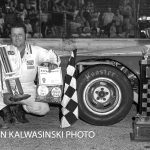