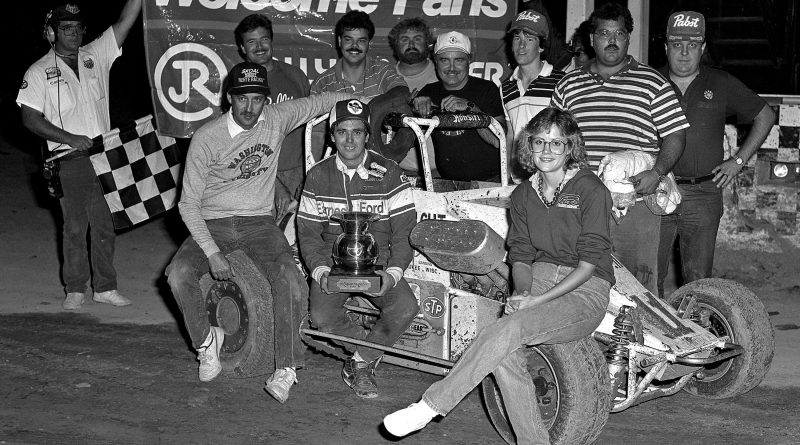 Olson, a native of Rockford, Ill., was a two-time National champion with the United States Auto Club (USAC), winning the titles in 1982 and 1987.  During his career, Olson won 23 USAC midget main events.  Olson won eight of those feature races during his title-winning season in 1987, including winning four-straight USAC midget headliners in his Wilke Racers, Pabst-sponsored, entry.  Olson made some of his earliest USAC starts in 1972.

Olson was a five-time midget titlist with the Badger Midget Auto Racing Association, beginning his midget racing career with the Wisconsin-based group in 1970.  He was the champion of the Badger Midget Series in 1976, 1987, 1988, 1989 and 1997.  Olson, who sometimes said that his real-job occupation was a “lightbulb repair man,” captured his last Badger main event on July 21, 2019 at Angell Park Speedway in Sun Prairie, Wis.  The then 68-year-old racer wheeled his Donnie Kleven No. 9k to the win that night in the 25-lap feature race, giving him a reported 47 wins at Angell Park.

Olson, who began his speed career in quarter-midgets and then in the Road Runner division at his hometown track – the Rockford Speedway, had been a contributing columnist for Sprint Car & Midget magazine for nearly two decades.  His columns, tongue-in-cheek and filled with humor, mainly showed his love for the sport of auto racing and his many speedway heroes of the past.  Accounts of his racing exploits and his travels in his ’63 Chevy station wagon definitely made one laugh.

Olson had worked for the Indianapolis Motor Speedway Radio Network in addition to his so-called light bulb repair business, shoestring tip installation company and his top secret KO Research & Development Center!  Always seeming to be on the comical-side of things, Olson appeared at the Chili Bowl midget event several years ago, ready to race in an open-face helmet and a t-shirt, just like his heroes once wore.  He wrote a book, “Cages are for Monkeys”, published in 2016, which detailed his racing adventures.

Olson won big races during his career, including USAC’s Turkey Night Grand Prix midget classic in California in 1983 and the Hut 100 at Terre Haute, Ind., in 1996.  He also won five Badger-sanctioned Pepsi Nationals races at Angell Park.  Olson was elected into the National Midget Auto Racing Hall of Fame in 1997 and inducted into the USAC Hall of Fame in 2016.

In 2021, Olson was involved in getting the Indiana Racing Memorial Association (IRMA) to erect one of its memorial plagues in honor of midget racing great Bob Tattersall in his hometown of Streator, Ill.  On a hot weekday afternoon last August, the racing community gathered in Streator to see the IRMA Tattersall plague unveiled.

In what would be his final season of racing, Olson finished sixth in the Badger Midget Series points standings, making 17 feature starts and finishing in the “top 10” 13 times. 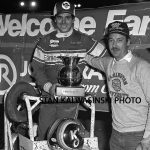 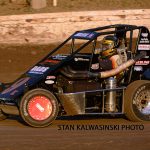 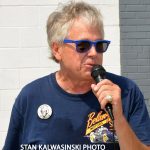 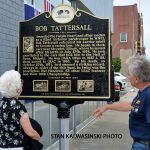