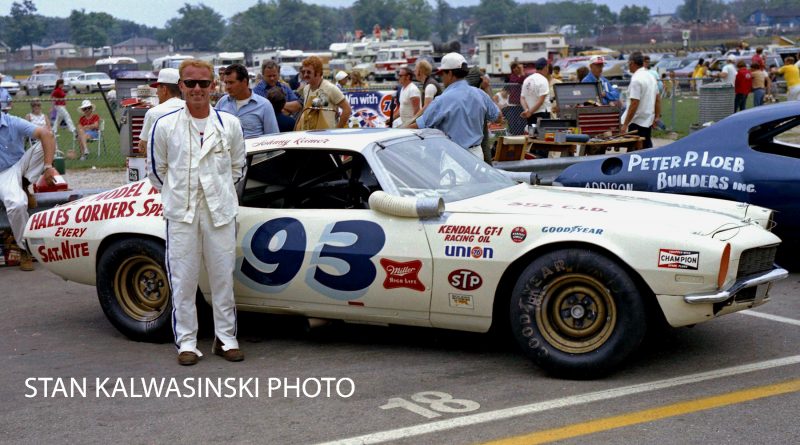 A fixture and winner for years on southern Wisconsin and Northern Illinois modified stock car circuits, Johnnie Reimer passed away on January 18 at the age of 85.

Whether it was dirt or pavement, Reimer was a winner in the modified stock cars, grabbing much of his success behind the wheel of the Fred Nielsen No. A3.  Championships and race victories came at tracks such as the Kenosha County Speedway in Wilmot, Wis., Illinois’ Waukegan Speedway and Rockford Speedway, Wisconsin’s Lake Geneva Raceway, Chicagoland’s Raceway Park and O’Hare Stadium, Capital Super Speedway near Madison, Wis., and the Hales Corners Speedway outside of Milwaukee.

Back in the late 1950s, Reimer was racing sports cars and even won an event at Chicago’s Soldier Field, scoring the victory in the 35-lap American Legion sports car race on the oval track inside the mammoth arena on September 1, 1958 before a crowd of over 9,000 fans.

Hailing from Caledonia, Wis., during most of this speed career, Reimer won the first of six modified championships on the dirt at the Waukegan Speedway in 1963.  His final championship at Waukegan in 1972 came when the track was pavement.  During numerous banquets, Reimer would do a handstand, using his two hands to march up to the podium to receive his laurels.

Reimer, the “Caledonia Clipper,” was the Interstate Racing Association modified champion for three consecutive years – 1970 through 1972.  He was reported to have won 19 feature races in 1972 in Nielsen’s No. A3.

Reimer competed in United States Auto Club (USAC) stock cars on-and-off for a number of years, beginning in 1964.  One of his best USAC runs came at the “Milwaukee Mile” on September 9, 1973 when he drove the James Beaudoin-owned 1973 Camaro No. 93 to a fifth place finish in the afternoon’s 250-miler.

Later in his racing career, Reimer moved into late model stock car action and was among the drivers that competed in the first ARTGO Racing Wayne Carter Classic at Illinois’ Grundy County Speedway in September of 1975.  He made starts in American Speed Association competition at the “Milwaukee Mile” in 1978 and 1979.

Reimer was inducted into the Southeastern Wisconsin Racing Hall of Fame, part of the inaugural group of inductees, in 2007. 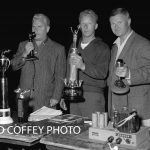 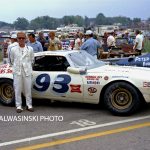 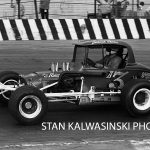 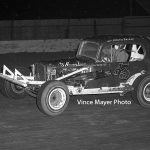