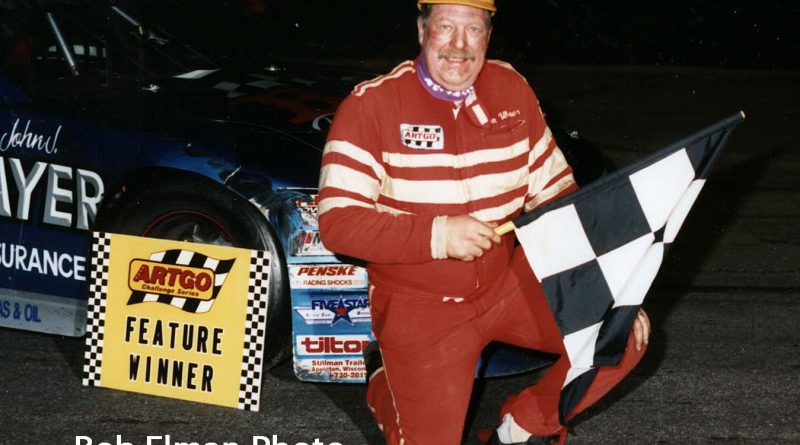 Roseville, Minn.—Former two-time ARTGO Challenge Series late model champion Jim Weber passed away on March 16.  Weber, who had been suffering from cancer in recent years, was 78.

A general building contractor by trade, Weber was the champion of John McKarns’ late model tour two consecutive years – 1992 and 1993 and won a career total of 12 ARTGO victories, ranking him 10th on the career winners list behind all-time winner Dick Trickle’s 68.

Hailing from Roseville during most of his racing career, Weber won his first ARTGO main event at Wisconsin’s Dells Motor Speedway on August 31, 1991.

Weber started racing around 1969 when he bought a 1955 Chevy, installed a roll bar, painted it and competed in a local track’s hobby stock division.  He won the feature race his first night and came home with $35.  Weber moved from the hobby stock class to the sportsman ranks and was the local champion in 1971 and 1972.  He was a dominate winner in a three-track circuit that consisted of Minnesota raceways – Twin City Speedway, Elko Speedway and Raceway Park in Shakopee, wheeling a ’57 Chevy powered by a Buick engine.  Weber was an eight-time track champion in the Twin Cities between 1969 and 1977

Later in the 1970s – around 1975, Weber moved into the late model ranks at the local speedways.

Thinking about his early late model experience, Weber once said, “The Wisconsin boys dominated back then because they raced five nights a week and had so much competition.  When any Minnesota racer went across the (Mississippi) river, he was damn lucky to make the show.  He just get taught a lesson.”

The late model competition was tough too in Minnesota as the weekly late model action featured drivers like Dan Prziborowski, John Boegeman, Bruce Sparrman, Mark Lamoreaux and Bob Jusola to name a few.

Colorful and sometimes outspoken, Weber began to travel to and win at Wisconsin tracks, including Wisconsin International Raceway (WIR) in Kaukauna.  He captured the track’s “Red, White and Blue” State Championship in 1991 and was crowned the WIR late model track champion in 1992.  Pretty much living a vagabond life as he traveled from track to track, he seldom got back to his home in Minnesota and worked his contracting business in the winter months.

Weber made his first appearance on the ARTGO circuit in 1979, finishing 100th in the points!  He moved into the “top 10” in the ARTGO standings for the first time in 1983, finishing 10th.  His 1992 ARTGO championship season saw Weber capture the first two ARTGO headliners of the season, winning at the Rockford Speedway and Grundy County Speedway in Illinois.  Weber used his Lefthander Chassis, John J. Mayer Insurance/B&B Racing Engines-sponsored, Oldsmobile Cutlass to win his first ARTGO title.

Weber, who made a number of starts in American Speed Association (ASA) competition, had the distinction of making a record 191 consecutive ARTGO feature starts and another 22 starts after the series became known as the NASCAR RE/MAX Series after the 1997 season.  Weber’s racing career pretty much came to a close after 1999. 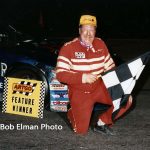 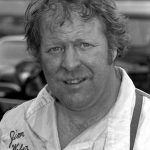