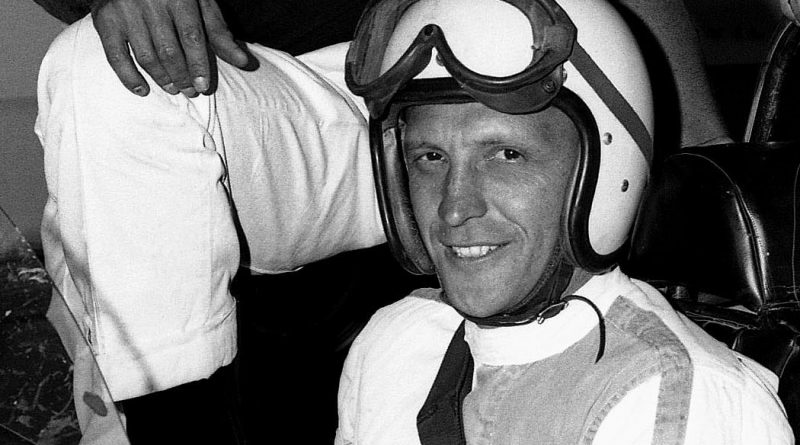 Chicago, Ill. – A midget racer for some nine years with the United Auto Racing Association (UARA) midget group, Jerry Matter passed away at his home in Nauvoo, Ill., on January 25 at the age of 85.

Matter, who hailed from Naperville, Ill., during his speed career, got his start racing stock cars at Chicagoland’s Santa Fe Speedway in the 1950s.  After serving in the U.S. Navy, Matter began racing midgets with UARA in 1958.

With UARA also taking on the flat, quarter-mile track at Joliet Memorial Stadium on Saturday nights, Matter finished 10th in the UARA standings in 1961.  He moved up to fifth in the points in 1963 and wheeled Math Schneider’s Falcon-powered No. 67 to a 25-lap victory on the dirt at Santa Fe Speedway on June 14, 1963.

Nicknamed the “Whiz Kid,” Matter came home eighth in the UARA standings in 1964, scoring one feature win – that coming on July 4, 1964 on the dirt at Sterling, Ill., taking the checkered flag behind the wheel of the Hank Jeffrey No. 51 in front of Ray Elliott and Gene Varing.  Matter also tried some midget racing with the United States Auto Club in 1964 and 1965.

Matter enjoyed his best season of midget racing in 1965 as he again finished fifth in the UARA points standings, winning three feature races during the season.  He won two at Joliet and scored a win at the Mazon Speed Bowl in Roy Koehler’s Falcon-powered, Will County Auto Wreckers-sponsored No. 38.  On the high-banked paved Mazon track, Matter took the checkered flag in front of Elliott and Roger West on September 5, 1965.

Racing for the final time in 1966, Matter became UARA’s pit steward for a time after his driving days were over.

An electrician by trade, Matter was a member of the Mississippi Valley Vintage Racing Club.  He was inducted into the Mazon Speed Bowl/Grundy County Speedway Hall of Fame in 2014. 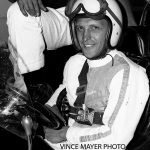 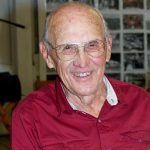