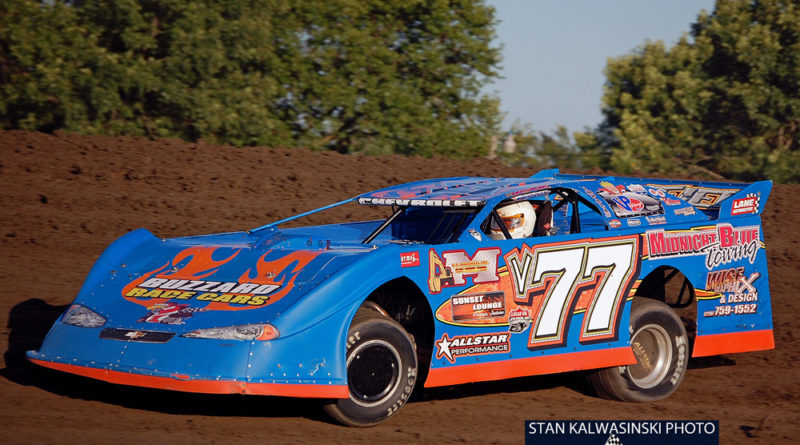 Volk of the South Haven area of Portage and his No. V77 late model stock car was a familiar sight at numerous Midwestern dirt tracks.  He raced primarily at speedways in Indiana – Crown Point and Kamp, Illinois raceway’s LaSalle and Kankakee and Hartford, Mich., during his career but ventured out to other Midwest tracks from time to time.  Volk was the late model champion at Kamp Motor Speedway near Boswell, Ind., in 2009.

Before moving into late model competition, Volk was a regular at the old Crown Point (Southlake Speedway) dirt track, winning the speedway’s hobby stock division titles in 1999 and 1997 and the track’s street stock championship in 1991.

Volk had cut back his racing in recent years.