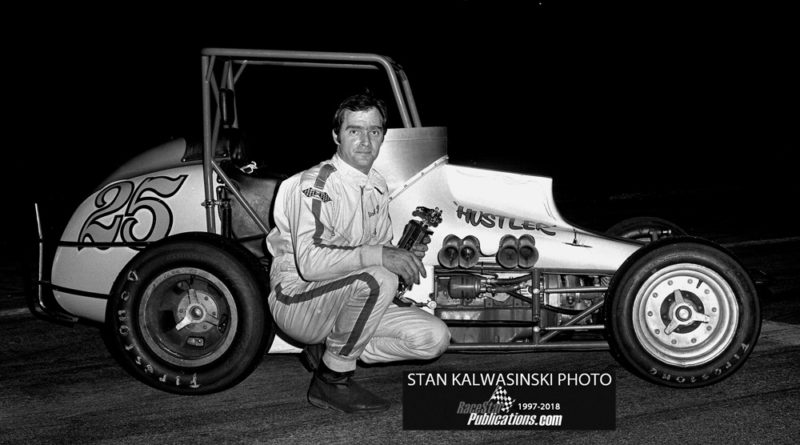 Former Chicago area midget racer Dick Pole, 75, passed away in Camden, Tenn., on February 16.  Pole began his midget racing career in 1964 and was among the area’s top open-wheel speedsters over the years.

Pole began his speed career in 1964, finishing 33rd in the UARA points standings.  He was 38th in 1965 and began to show some promise during the 1966 season when he wheeled the Gus Carlson No. 29 and ended up 20th in the standings.

1967 saw Pole finish 13th in UARA points.  He really came into his own the following year (1968) when he finished second in the UARA standings, wheeling Bill Cooper’s No. 25 to his first feature win of his career, winning at Joliet Memorial Stadium on June 15, 1968.  Pole would finish only five points behind 1968 UARA champion Wally Lambert.

Pole’s racing career slowed for a while but he came back to finish 10th in the standings with UARA in 1975.  He was 10th again in 1976, but jumped to fifth in the points in 1977, winning two feature races in George Boban’s No. 25.  In addition, Pole was named the National Alliance of Midget Auto Racing champion in 1977 although he did not win any NAMAR features that year.

Pole was on a roll, finishing fifth in UARA points in 1978 with five feature wins to his credit.  The yellow George Boban-owned No. 2 Badger midget was Pole’s paved track ride.  He won the UARA championship the following season (1979), winning seven feature races both on pavement and dirt.  1980 saw Pole wins two feature races in UARA competition, ending up 10th in the association’s standings.

Pole, who operated a service station in Glenwood for a number of years, won one United States Auto Club (USAC) midget feature during his career – that coming indoors at the Allen County Memorial Coliseum in Fort Wayne, Ind., on January 3, 1982 behind the wheel of Chuck Rencurrel’s No. 56 in the 75-lap main event.  His USAC career began in 1967 with an impressive second place finish in the annual Hut 100 in 1969 at the “Action Track” in Terre Haute, Ind., finishing behind winner Bob Tattersall.  His best years in USAC were in 1969 when he finished 22nd in the points and 1982 when he finished 21st.

After running over the wheel of a competitor’s during a UARA feature, Pole went for a wild ride at Illiana Motor Speedway in Schererville, Ind., in June of 1972, ending up in the grandstands at the end of the main straightaway in Bill Cooper’s car.  Pole was not injured.

One of Pole’s last victories was a Badger Midget Auto Racing Association win at Wisconsin’s Madison International Speedway on October 13, 1984.