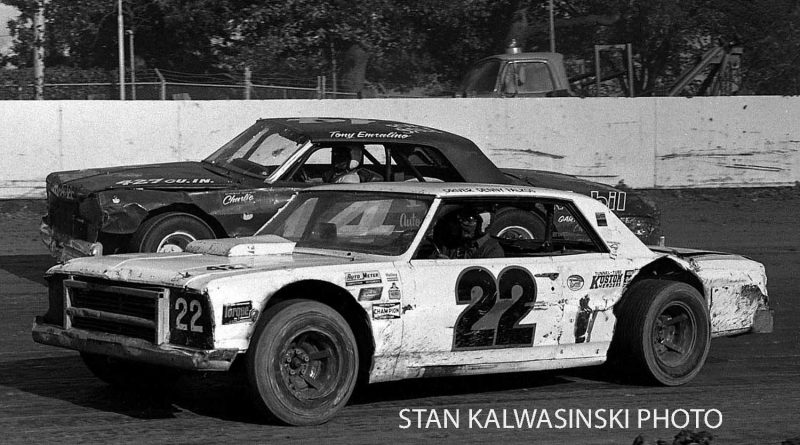 Part of the Chicago area dirt track racing scene for many years, Denny Falkos passed away on March 22 at the age of 78.

A late model stock car competitor at both Santa Fe Speedway and the Sycamore Speedway, Falkos captured the super late model division championship at Sycamore in 1996.  He started out drag racing his 1960 Pontiac at Oswego, Ill., in the early 1960s.  His Uncle Ernie Van Duser convinced him to try stock car racing in the mid 1960s with the pair sharing the driving duties of Van Duser’s No. 41B.

Falkos began fielding his own car around 1968, racing at Sycamore when the track was known as Bob-Jo Speedway.  Racing out of Aurora, he competed at Santa Fe and broke into Santa Fe’s late model “top 10” in 1976 when he finished 10th in the points standings that year.  1977 saw Falkos, wheeling his No. 22 late model, enjoy his best season at Santa Fe with him finishing sixth in the final points tally.

Moving into the 1990s and nicknamed “Batman”, Falkos did most of his racing at the Sycamore oval where he was among the top runners in the track’s super late model ranks, topping it off with his 1996 title.

After pretty much retiring from racing, Falkos raced with the Illinois Vintage Racing Series, winning a vintage stock car main event at Sycamore in July of 2009.