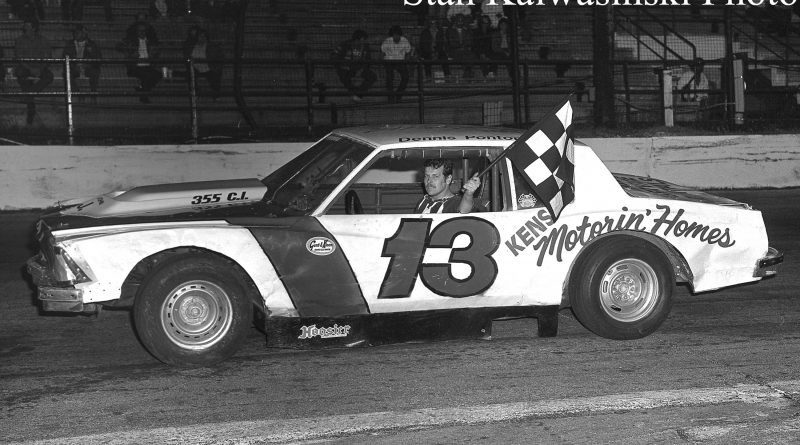 Wabeno, Wis. – Sorry to learn of the passing of Dennis Ponton, a longtime stock car competitor at Blue Island’s Raceway Park, last Friday in Wisconsin at the age of 67.

Ponton competed at Raceway Park for about 20 years, beginning in 1973.  He was the track’s Hobby Stock division champion in 1985.  During his career at the tight, quarter-mile, paved oval, Ponton won a total of 70 feature races – 67 in the Hobby Stock ranks and 3 in Late Model action.  Racing out of Harvey, Ill., he won his first Hobby Stock main event in 1974 and finished second in the final points standings that year.

Ponton always seemed to be among the top runners in the Hobby Stock division, winning numerous races and finishing among the leaders in the points year after year.

His Dad, Al, raced at Raceway Park in the early 1950s, winning a back-up race and two heat races in 1952.  Al Ponton came out of a long retirement and returned to competition at Raceway Park in 1974, winning the Hobby Stock championship in 1977.  Dennis Ponton finished fourth in the standings that year.  Al Ponton would pass away in 2019 at the age of 92.

1985 saw Dennis Ponton capture the Hobby Stock division title as he won an impressive 19 feature wins, along with 18 heat races and one trophy dash victory in his white 1979 Monte Carlo No. 13.  Trying late models in 1984, Ponton moved up permanently into the Late Model division in 1986 and finished fourth in the final points tally.

Around this time, Ponton relocated to Wabeno, Wis.  He would win the first of three career Late Model feature races in 1990 and would score his 300th race win (a heat race victory) at Raceway Park in August of 1991.   Ponton would pretty much retire from local racing after 1992.

…Thanks to Wayne Adams and George Rowlette for keeping the driver statistics over the years for Raceway Park.*** 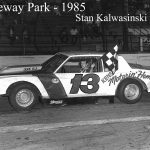