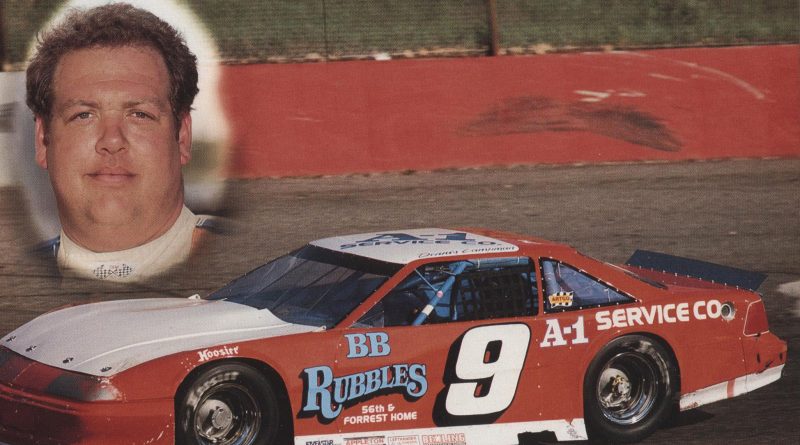 Oak Creek, Wis.—Midwest stock car racer Dennis Lampman, passed away today, January 1, at the age of 67.  Nicknamed the “Gentle Giant” because of his physical size, 6’ 4” tall and 300 pounds, and friendly demeanor, Lampman competed in late model action on the American Speed Association (ASA) and ARTGO Challenge Series circuits from about 1982 and into 2001.  In addition, Lampman also raced on Wisconsin paved tracks, including the Slinger Super Speedway and the Wisconsin International Raceway in Kaukauna, Wis.

Usually carrying the number ‘9’ on the side of his late model rides, Lampman scored his biggest win of his career at Michigan’s Berlin Raceway on August 7, 1993, capturing an ASA 300 lapper in his Ford Thunderbird.  Leading the last 17 laps, Lampman took the checkered flag in front of Steve Holzhausen, Jeff Neal, Butch Miller and Johnny Benson Jr.

“I was going to pit, but then changed my mind,” said Lampman about this late race strategy during a caution period.  “I wanted to lead a lap and collect the five bonus points.”

A regular on the ARTGO circuit for many years, Lampman was awarded ARTGO’s Larry Detjens Sportsman Award as voted by his peers in 1989.  He finished seventh in the ARTGO standings in 1989 – his best ever ARTGO points finish.  Lampman had a perfect attendance with the ARTGO series the following year (1990), making all 17 tour races and finishing 11th in the standings..

Racing out of Racine, Wis., and, later, Oak Creek, Lampman began doing some drag racing but turned to racing stock cars around 1977 at Hales Corners Speedway, outside of Milwaukee, and at the high-banked Slinger oval.  Beginning his oval track career, Lampman cut up his wife’s Dodge Challenger body to go racing on both the dirt at Hales Corners and the pavement at Slinger.

A consistent front runner, Lampman won late model features at both Slinger and at Wisconsin International.  His son, Tim, has raced late models in Wisconsin. 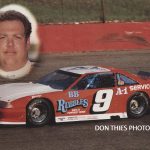