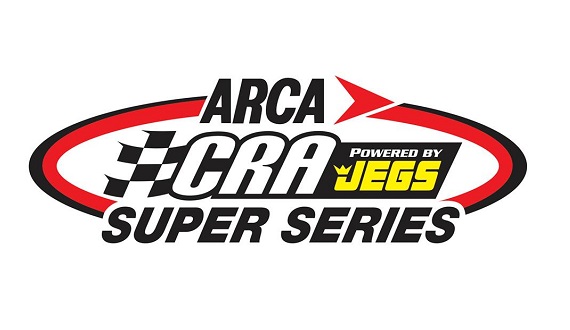 Monday’s series event will be the fourth event of the 24th season of competition for the ARCA/CRA Super Series after early season events were rescheduled or cancelled because of the COVID-19 Pandemic. The series opened its 2020 season at Lebanon I-44 Speedway on May 30th were Carson Hocevar picked up his first ever series win. 2016 series Champion Cody Coughlin picked up the win in the series second event of the season on June 20th at Anderson Speedway. Bubba Pollard picked up the win in this past Saturday’s event at Jennerstown Speedway Complex, that event was co-sanctioned with the CARS Tour.

2018 series Champion Josh Brock comes into Monday’s event as the series points leader after finishing seventh at I-44, seventh at Anderson Speedway and ninth in Saturday nights event. Kyle Crump is second in points, he is 25 points behind Brock. Michael Simko is in third place, he is 14 points behind Crump. 2019 series Champion Greg Van Alst and 2017 series Champion Logan Runyon are tied for fourth place, they are 10 points behind Simko.  Brock, Van Alst, Runyon and sixth place in points Coughlin are all entered for Monday’s Redbud 300. I-44 winner Hocevar is also entered.

Florida Hot Shoe Stephen Nasse is entered as he looks to add the Redbud 400 trophy to his long list of racing accomplishments that also includes last year’s Winchester 400.

The Redbud 400 will be 400 laps counting yellows. It will also feature Controlled Cautions, which were used with great success the last three Redbud 400’s. When a yellow comes out teams will have three laps to service their race car without losing laps or positions on pit road. Those cars will then line up behind the cars that did not pit at that yellow. Teams not getting out of the pits in the three laps will have to fall to the tail of the field and will risk losing laps.

There will be an open practice on Sunday, pits open at 3pm with practice from 4 to 8pm. Pits open on Monday at 11am. Practice will go from 1:30pm to 3:15pm. Rowdy Manufacturing Qualifying will begin at 4:45pm. There will be an autograph session with all the events drivers starting at 6pm. The 54th Annual Redbud 400 Presented by Mitch Smith Auto Service and Perfecto will go green at 7:30pm.

For those that cannot attend the 54th Annual Redbud 400 Presented by Mitch Smith Auto Service and Perfecto in person, the event will be broadcast live on Speed51 TV. Fans can purchase the live broadcast by going to www.speed51.com.

More information on the ARCA/CRA Super Series can be found at www.cra-racing.com.