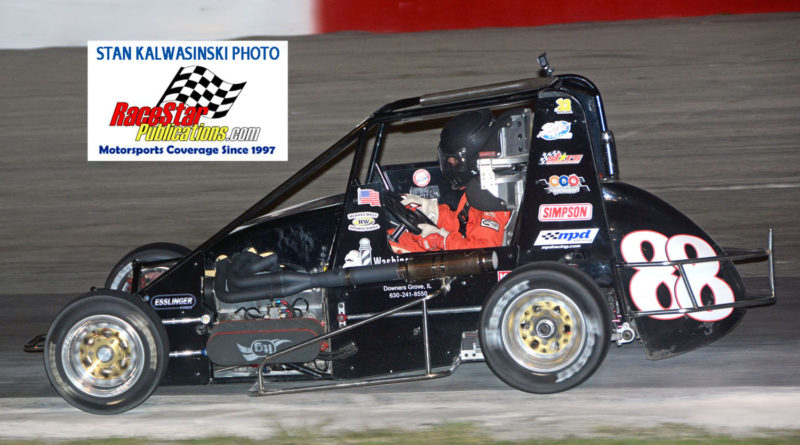 Hulbert, the 28-year-old speedster from Channahon, Ill., was crowned the overall champion of the series, capturing three feature races on his way to the title.  A veteran of 13 years of midget racing, Hulbert wheeled his Troutman Excavating/Lallos Bar and Grill/Color Transport/ McCoy Service/Washington Street Barbershop/Quik Sticks Graphics-sponsored, Esslinger-powered, No. 88 midget to his feature victories, all which came at the Grundy County Speedway in Morris, Ill.

For the 27th consecutive year, the Bob Tattersall Hard Charger award was presented by Dee Tattersall –honoring her late husband, the former USAC national midget champion.  Hulbert was the recipient of the special award, the second time in his career.