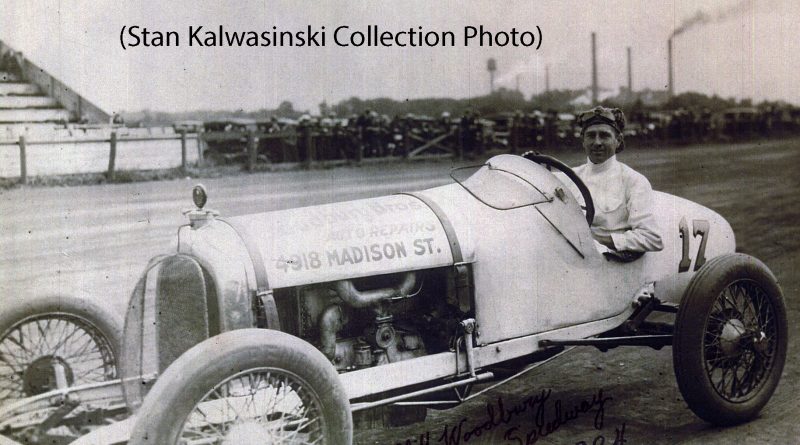 Local tracks were stepping stones to the Indianapolis 500

With the 106th Indianapolis 500 presented by Gainbridge a few days away, part of the history of the “Greatest Spectacle in Racing” was influenced by a number of northwest Indiana/Calumet Region speedways – some just a memory for most local residents.

Hammond’s Roby Speedway, Hammond Raceway, Lake County Fairgrounds in Crown Point and Illiana Motor Speedway in Schererville, Ind., were speed playgrounds that drivers tested their skills as they dreamed of and headed to the Indianapolis Motor Speedway.

Bordering the Chicago city limits, Roby Speedway, which was located just west of Indianapolis Boulevard, between 108th and 112th streets, was in operation between 1920 and 1936 and featured some of the best competition and best drivers that racing provided during that era.

Racing in those days was pretty much done in open-wheel race cars with the driver sitting upright behind the engine of the bobtail racing machine – many crafted from mass-produced cars of the day.  Some of the speed machines were nothing more home-made creations or highly stripped-down regular passenger cars.

The “Roaring 20s” at the one-mile Roby dirt oval would see the likes of future Indianapolis 500 stars like Wilbur Shaw, from Indianapolis, and Chicago’s Cliff Woodbury and Billy Arnold compete.   Shaw would go on to win three Indianapolis 500s – 1937, 1939 and 1940.  Woodbury, the 1927 American Automobile Association (AAA) dirt track champion, would compete at Indianapolis four times with a third place run in 1926 being his best effort.  Arnold, from the Hyde Park neighborhood of the “Windy City,” would capture the “500” in 1930.

Arnold was just 24 years old when he drove the Harry Hartz-owned two-man car to victory in the Memorial Day classic in 1930.  Leading all but two laps, Arnold and riding mechanic Spider Matlock raced to the checkered flag ahead of Shorty Cantlon and Louis Schneider, both veterans of the Roby speed battles.  Schneider would win at Indianapolis in 1931.

Some of Arnold’s earliest racing experiences came at the half-mile dirt oval at the Lake County Fairgrounds.  Arnold, along with Woodbury, Shaw and Schneider, all raced at Crown Point during the track’s busy schedule in the 1920s.

The 1930s saw more Indianapolis hopefuls compete at Roby with the likes of Chicago area drivers Jimmy Snyder, Emil Andres and Duke Nalon, along with Indianapolis resident “Wild Bill” Cummings and California’s Rex Mays, seeing action.  A qualifying record setter in 1939, Snyder raced at Indy five times and finished second in 1939.  Andres competed in the “500” on nine occasions with a fourth place finish in 1946 his best effort.

Hammond Raceway, also known as the Hammond Speedway, was built in 1937 with the first race held in September.  The five-eighths of a mile, banked, dirt track was located in the vicinity of 129th Street and Calumet on some of the acreage that would become the Hammond 41 Outdoor Theatre.  Before his 1949 win at Indianapolis, East Coast racer Bill Holland would be victorious at the Hammond oval in 1941.

Tony Bettenhausen of Tinley Park, Ill., some 24 miles southwest of Chicago, was also a 1941 winner at Hammond before his Indy career started.  Bettenhausen drove in the “500” 14 times, beginning in 1946, but never tasted victory.  Bettenhausen, nicknamed the “Tinley Park Express,” lost his life in a practice crash at Indianapolis in 1961.

Established after World War II, Illiana Motor Speedway was located on U.S. Highway 30, about two miles or so east of U.S. 41.  The track was first a dirt oval but later became a half-mile paved track before the 1962 season of racing.  Hammond resident and longtime Harley Davidson motorcycle dealer, Harry Molenaar was the owner and promoter of the raceway.

Foyt, the first four-time winner at Indianapolis, first competed at Illiana in 1957, racing midgets.  Rathmann, along with Flaherty and Sweikert and Bryan, also wanted a taste of Indianapolis.

With an Indianapolis 500 victory already added to their racing résumés, drivers likes Johnnie Parsons (1950 winner), Troy Ruttman (1952) and Rodger Ward (1959 and 1962) raced at Illiana after their victories at the famed Indianapolis oval.

Back in the day, Calumet Region speedways were definitely “stepping stones” to the Indianapolis 500. 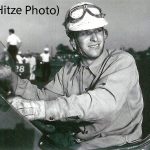 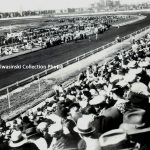 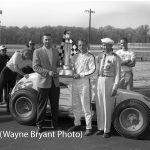 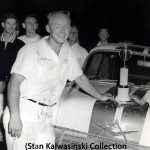 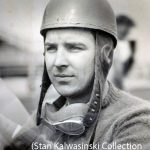 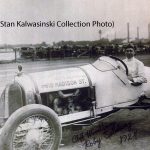 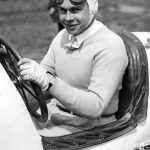 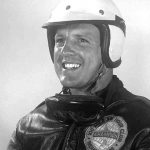