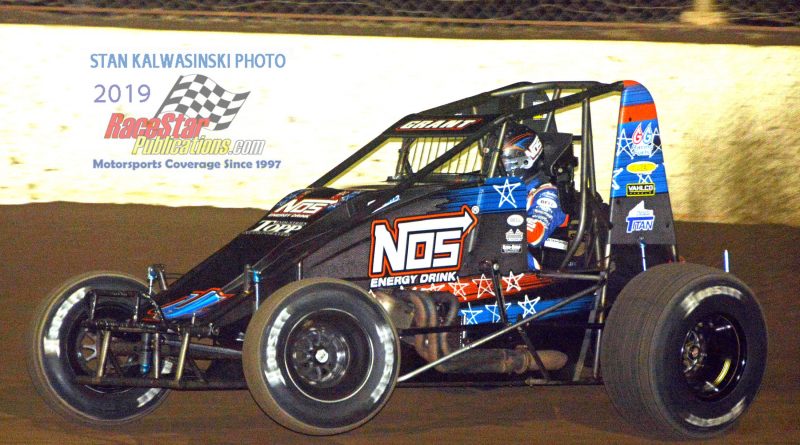 With over 120 cars in the pits, non-wing sprint cars were the highlight of the evening’s action with Justin Grant of Avon, Ind., winning the 25-lap feature race for the ‘410’ competitors.  The 28-year-old speedster wheeled his Topp Motorsports entry, NOSS Energy Drink-sponsored No. 4 to the victory at the three-eighths-mile dirt oval.

A field of 21 cars took the green flag for the start of ‘410’ feature with fan favorite Dave Darland coming from his outside front row starting spot to lead the opening laps.  Darland was sailing along with Grant, who started third, running second.  Suddenly, Darland came to a halt between turns three and four and Grant was the race’s new leader.

A total of six yellow caution flags slowed the action one which saw top-five-running cars Issac Chapple, Scotty Weir and A.J. Hopkins get tangled up in turn four before lap seven could be completed.

Grant led the way with Josh Hodges and Shane Cottle giving chase.  Grant seemed to be pulling away from the rest of the field only to see another yellow flag fly.

More yellow flags helped Grant back a comeback with Grant taking back the lead and taking the checkered flag ahead of Cottle and Hodges. CJ Leary, Max Adams and Tim Creech II rounded out the top six.

“I think on the backstretch of the one restart we were about eighth at one point,” said Grant.  “The second place guy threw a slider at us going through (turns) one and two and kind of spun coming across the center.  It got me a little discombobulated and then I got the wall coming off two and we lost a bunch of spots.  Fortunately, I was able to pick back through there.  I knew if I could get back to guys and race them single file, I could get back (to the front).”

Closing out the racing on a chilly night, veteran racer Lee J. Hall of Oxford, Ind., claimed top honors in the 25-lap Thunder Stock headliner.  With a field of 20 starting, Hall raced by RJ Akers for the lead and went on to take the checkered flag in front of Akers, Jesse Simmons, Jeff Miller, Steve Nolen Jr. and Gregg Tarr in a race that was slowed by several yellow flags and a red flag for minor wheel fence repairs. 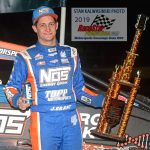 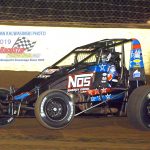 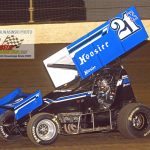 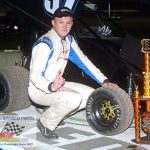 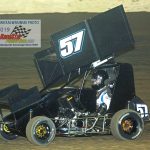 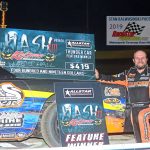 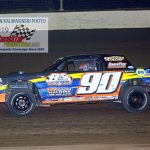 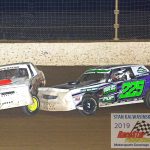 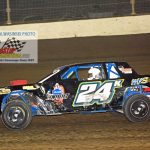 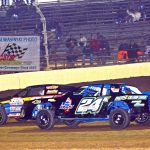 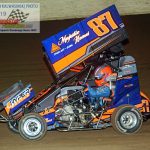 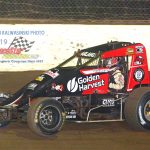 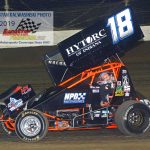