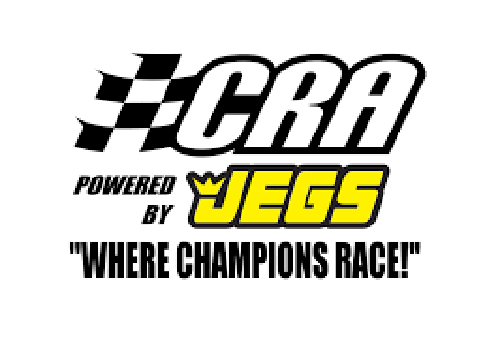 Salem, IN (January 20, 2022) – Officials from Champion Racing Association Powered by JEGS (CRA) announced today that Klotz Synthetic Lubricants has been named the CRA’s’ Official Lubricant for the 2022-2023 seasons.

“We are extremely happy to have the support of Klotz Synthetic Lubricants as a marketing partner with CRA for the 2022 and 2023 race seasons,” remarked Glenn Luckett, Series Director of CRA. “The Klotz brand has been around for a long time and is known through the motorsports business. It’s great to have a company like Klotz make a muti-year commitment to support CRA and its racers. We look forward to working with Klotz and helping build its name throughout the grass roots level of racing!”

As part of its Official Lubricants program, Klotz Synthetic Lubricants will be a major points fund sponsor for all four CRA Series in 2022 and 2023. Klotz will also sponsor each series Team Dedication Awards in 2022 and 2023. The Klotz Team Dedication Award will award the deserving team in each CRA Series with a $300 cash bonus at the CRA Awards Banquet.

“CRA is a great avenue to market Klotz,” said Brad Kruckenberg, President, Klotz Synthetic Lubricants. “Mr. Klotz was actively involved in racing throughout the Midwest. He was a competitor and resource to sanctioning bodies and competitors, so we’re thrilled to take a chapter from our history and incorporate that into our current marketing strategies. CRA represents some the of best pavement racing anywhere in the country and many of those races are right here in Indiana. It’s a partnership that makes great sense.”

Based in Fort Wayne, and founded by John C. Klotz Jr., in 1959, Klotz Synthetic Lubricants consistently meets the needs of racers, performance enthusiasts and traditional end-users who won’t settle for anything less than the best available lubrication products on the market today.

Racers and performance enthusiasts around the world rely on Klotz the get them to the checkered flag. Klotz proudly specializes in serving the high-performance needs of the automotive, kart, marine, motorcycle, RC scale model, SkiCraft® and snowmobile markets. Providing the highest quality and most reliable products to enhance your good times on the track, on the road, on the trails and in the water is our commitment to you.

More information on Klotz Synthetic Lubricants can be found at www.klotzlube.com.

More information on all the CRA Series is available at www.cra-racing.com.