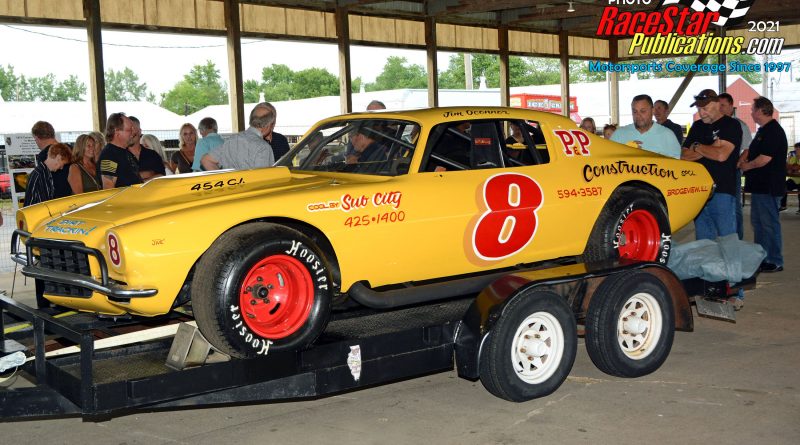 Kankakee, Ill., June 25—Jim O’Connor was taken by surprise when a group of friends, family, old crew members and fans gathered at the Kankakee County Speedway for the unveiling of O’Connor’s restored Camaro No.8 late model stock car.  With the evening’s races rained out, one of the fairgrounds buildings was used for the get-together that was arranged by Art “Fireball” Fehrman, who heads up the Illinois Stock Car Hall of Fame, which O’Connor was inducted into several years ago.

During his career, which started in the early 1960s, O’Connor won four track championships at the Kankakee oval, three at Santa Fe and two at the almost-forgotten Sugar Island Park Speedway, in addition to countless feature wins, including four victories in Santa Fe’s annual National Clay Track Championship 200.  He is the all-time feature winner at Kankakee with 88 career wins.

The car was originally built by Gene Richards of Stock Car Enterprises with Piper and Venturella purchasing the car for O’Connor to wheel during the 1974 season.  The car sat for some 24 years in Downers Grove, Ill., with Fehrman and Frank Slabenak finding the car.  Rebuilding the old car, Slabenak raced it in vintage stock car events.

With Slabenak’s passing, the car pretty much sat with O’Connor’s sons, Reece and Jarrod, locating the old racer in Dyer, Ind., and beginning the rebuild.  Errol Van Allen took over the task of the final restoration more than a year ago.  Van Allen, a former crew member on the No. 8 and a late model racer at Santa Fe himself, put in countless hours of work on the car.

Van Allen, who now lives in the Jackson, Mich., area, figured it took more than 1,000 manhours to complete the restoration.  Bill “Jive” Jarvis completed the project with his lettering work which he originally did almost 50 years ago.  Hoosier Tire, Clement Wheel, Buzzard Race Cars and Uplifted Auto Sales supported the effort.

O’Connor was joined by his wife, Sharon, and their family on Friday.  Families of Seth Piper and “Chico” Venturella, who have both passed away, were also in attendance.

“I was totally taken by surprise,” said a misty-eyed O’Connor.  “I never had any idea (about this).”

Fehrman, who lives near the O’Connors in Florida, commented, “A few weeks ago, Jim and I were having coffee one morning and he said, ‘I wish I would have kept one of my old cars’”.

Well, now he has one. 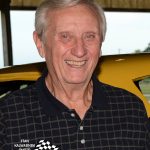 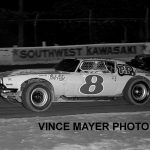 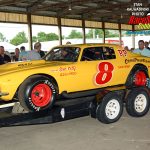 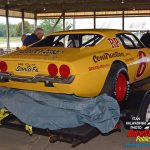 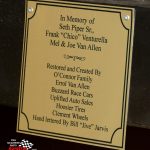 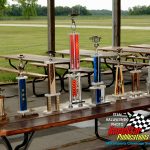 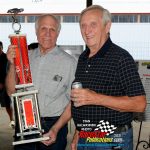 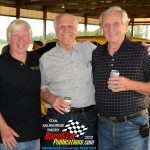 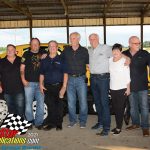 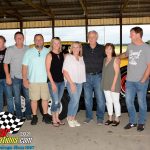 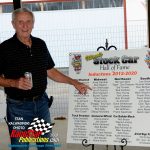 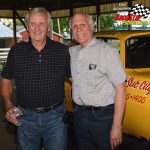 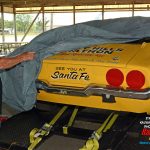