High Atop the Rock by: Rocky Ragusa
October 7, 2020 Gary Gasper

Of the 13 races held at the Farmer City Raceway this year, the four track champions in the regular weekly divisions combined to win four races in their respected classes. Street Stock champion Lance Evans took the four wins. Consistency paid off for the Late Model, Modified, and Pro Late Model champions.

LeRoy’s Mike Glasscock began racing in 1992 in the Street Stock class. Winning the Farmer City Street Stock title in 1996, Glasscock turned his attention to fielding a Late Model in 1997. Entering the final night of racing at Farmer City, Glasscock trailed Kevin Weaver by one point in their championship battle. While Eric Smith picked up the race win, Glasscock drove a smooth steady race keeping runnerup Ricky Frankel in his sights.Glassock took third in the feature with Weaver right behind him.

“ It was pretty nerve racking going into the race”, spoke Glasscock. “ I probably would have pushed Frankel for second, but I didn’t know where Weaver was. I wanted to win the race, but winning the championship was important. We went in a point behind and left with a point lead. To beat Kevin, a legend in our sport, it was a cool deal”.

The Dick family have been long time supporters of Farmer City dating back to when Fran Dick raced during the 1970’s. The tradition began with his son Darrel in 1996, followed by his brother Chris the next year. Deland’s Chris Dick started in the Street Stock class, winning the track title in 2000 and 2001. A former Late Model competitor, Dick returned to the Street Stock class briefly before joining the Pro Late Model ranks. Taking wins in three features last year, Dick’s goal for 2020 was the track title.

“ We totaled a car with about four races left for this year”, Dick said. “ The car we finished the season with was an older car and a little rough around the edges. It gets tough racing against these younger guys. That is what makes this title special, because they are hard to come by”.

Pontiac’s Michael Ledford in his second full year behind the wheel of his Modified, claimed his first championship since his kart racing days. The 15 year old, joins his father, Jay and brother, Jeffrey in winning the Modified title at the fairground dirt oval.

“ It really means alot to join my dad and brother as Farmer City track champions,” Ledford said. “ The last two weeks of the season, I was constantly looking at the point standings. Mike McKinney and Allen Weisser were the drivers we had to beat. In our race, I started 11th in the race and finished 5th. I had to be in the top five in order to win the title. Last year, we struggled to race with Mike and Allen. So this title is special to join my Dad and brother”.

The Farmer City Raceway banquet is scheduled to be held at the fairgrounds in Farmer City on October 23.

Peoria Speedway Night one of the MARS Late Model series weekend will start at the Peoria speedway located on West Farmington Rd. Late Model drivers will be featured in a 40 lap, $5000 to win race. One of the favorites for the three races will be El Paso’s Ryan Unzicker, last Sunday’s winner of the ARCA “ Allen Crowe Memorial” held at the fairgrounds in Springfield. Modified, B-Mods, and Hornets will round out the final race of the year for the ¼ mile dirt track. Hotlaps start at 6:30 and racing will follow.

Sycamore Speedway After being rained out last Saturday, the Run What You Brung special will be held this Friday. Gates will open at 6.

Fairbury Speedway A check for $15,000 will go to the winner of the 50 lap MARS Late Model race presented by Edelman Inc. Fans can expect to see All of the top drivers in the MARS series including point leader Frank Heckenast Jr., Brian Shirley, Bobby Pierce, Shannon Babb, Brandon Sheppard, Dennis Erb Jr., and a host of local and regional talent. Modified drivers should also have a large field of drivers in their 30 lap, $2000 to win race. Newly crowned DIRTcar National Champion Cullom’s Torin Mettile will be looking to take the checkered flag as the Pro Late Model class returns in a 20 lap, $1000 to win special. Gates will open on Saturday at 11, with practice at 5:15, time trials at 5:30, and racing will follow.

LaSalle Speedway The MARS Late Model series will end their swing thru the area at the ¼ mile, high banked track. Fans can expect to see many of the same drivers on hand for their 50 lap, $10,000 to win race. The Pro Late Model division will be the support class with a $1000 to win feature event. Stands will open at 3:30, hot laps at 5, and racing starts at 6. 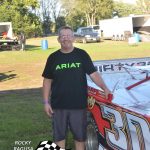 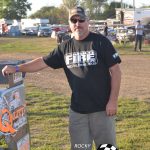 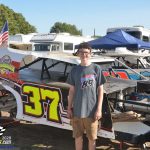