The Fairbury Speedway is fortunate to have many men and women volunteers that are committed to making the speedway “America’s Dirt Track.” The team of volunteers work endlessly from well before the race season begins into the early winter months. Taking care of the grounds, maintaining the track equipment, to general upkeep of the facilities. For minimal pay and little recognition, it is truly a labor of love for each person.

One of the Fairbury Speedway’s long time volunteers announced his retirement at the conclusion of the 2018 racing calendar. Fairbury’s Bob Wharton spent 20 years behind the scenes, from helping to take care of the grounds, equipment, and whatever task needed to be done by race day. Wharton has seen the ups and downs at the track and always offered ideas to make race night an enjoyable experience from the race teams to the fans.

“I have just been happy to be a part of a team that’s dedicated to helping the track, as well as the Fairbury Fair,” Wharton said. “I did my best to make sure the race teams and race fans had an enjoyable experience at Fairbury.”

Last year’s race director, Scott Drendel, admitted to being nervous when he first took over the head position at the speedway, but Wharton quickly made him feel at ease. “Bob was always encouraging me and offered advice,” said Drendel. “You would ask something of Bob and he would have it covered. Bob was a wealth of knowledge. He will be a big void to fill.”

Matt Curl, Fairbury Speedway owner and promoter, referred to Wharton as his right hand man. “With Bob, we were able to accomplish a lot of new ideas. He has such a strong passion for the track, it will be hard for him to leave completely, “commented Curl. “ Even though we Bob says he is retiring, I know that I can count on him to help us out from time to time.”

In his 20 years with the speedway, Wharton has been part of many improvements with the facilities. From a new scoreboard, new stands, restrooms, and improved track conditions all the work was done by a dedicated group that has contributed to making the Fairbury Speedway one of the premier dirt tracks in the country.

“My age is catching up with me. I don’t move like I use to,” closed Wharton. “It is time for a new generation to come in with new ideas. I want to thank the track officials, race teams, and fans you all have made my Saturday nights a special time. I might not be in the infield all the time, but I will be at the track enjoying all the racing action.”

Kankakee County Speedway 94 cars in six divisions were on hand for the first race of the year at the fairground dirt track. Chad Osterhoff (Pro Late Model), Mike Learman (Modified), and Jason Maier (Street Stock) were among the race winners. This week, the ALMS Late Models will headline the show, along with Sport Compacts in a $300 to win special. Racing at 7:30.

Lincoln Speedway The Big 10 Late Model series will be featured along with racing in the Modified, Midgets, Street Stock, and Hornets. Hot laps at 6 and racing will start at 7.

Fairbury Speedway Street Stock competitors will headline this week’s card in the Earl J. Hubert Memorial. A large contingent of drivers will be on hand with a $2000 payout to the winner of the 43 lap race. Late Models, Modified, Sportsman, and Hobby-Modified divisions will also be in action, seeking the FALS Cup trophy. Gates open at 2, hot laps at 5:45, qualifying at 6:15, with racing at 7. Adult admission is $10 and children under 12 are free. All active military personal are admitted for free.

Peoria Speedway Race fans will be admitted for $5 this week as the track will hold a regular night of racing. Hot laps at 5:30 and racing at 6.

Bohmer’s Rt. 66 Raceway The first Kart race of the year will be held this Sunday. A variety of drivers from kids to adults will be participating. Gates open at 10, practice at noon, and racing at 1. The track is located on Ole Rt. 66 between Chenoa and Pontiac. 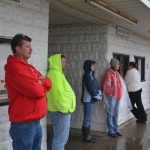 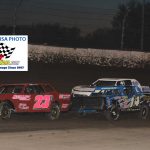 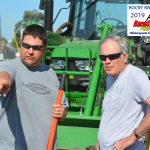