Farmer City Raceway The speedway will celebrate Independence Day with a Fan Appreciation Night as all fans over the age of 12 will be admitted for $5. A firework display will go off at dusk and drivers will have their cars on the frontstretch for an autograph session. All parking along the fence line is sold out for this special night of racing. Late Model, Modified, Pro Late Model, and Street Stock classes will be on the card. Hot laps start at 6:30, followed by qualifying, heat races, and features. Allen Weisser (late Model), Mike McKinney (modified), Torin Mettille (pro late model), and Matt Maier (street stock) were last week's winners.

Kankakee County Speedway An open practice session will be held on Friday night from 6-10 pm. July 10 will be the first race at the fairground dirt track.

Lincoln Speedway Midgets,Pro Late Model, Modified, and Hornets are planned for the night. A firework show will be held at the conclusion of the evening's show. Hot Laps at 6 and racing will follow. Ray Bollinger made it two in a row in the Modified race from last week.

Fairbury Speedway America’s dirt track will feature a FALS Cup weekly racing program as five divisions will be competing. Late Model, Modified, Street Stock, CR Towing Sportsman, and Hobby-Modified drivers will tackle the ¼ dirt track. Hot laps begin at 5:45, with time trials, and racing to follow. Heavy rains hammered the fairgrounds at the end of the Late Model heat races and officials were forced to cancel the reminder of the program. Rain checks will be honored for any event, other than the Prairie Dirt Classic.

Grundy County Speedway The ⅓ mile paved oval will attempt to host its first race of the year after rain washed out the program. The “ Wayne Carter Memorial” will see Late Models in a 50 lap feature event. Mid-Am, Street Stocks, and Pure Stock racing is also planned. Hot laps will begin at 3, with time trials at 4:45, and racing at 6.

Peoria Speedway It will be $5 Fan Appreciation Night plus fireworks at the ¼ mile dirt oval. Late Model, Modified, Street Stock, B-Mods, and Hornets will be racing. Time trials will start at 6 and racing will follow. 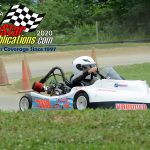 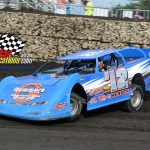