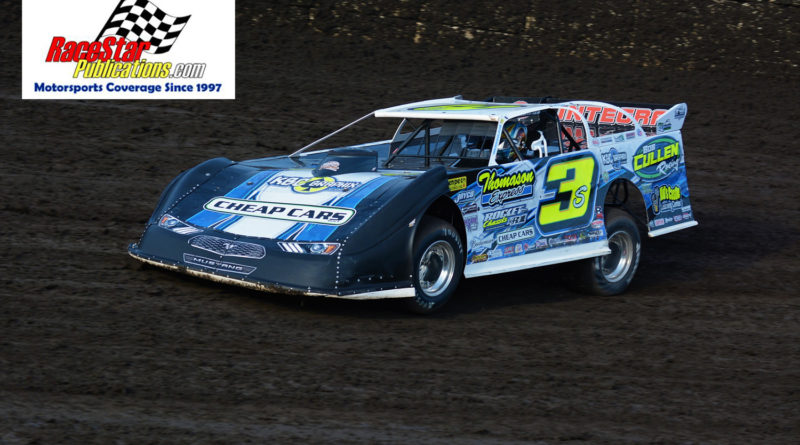 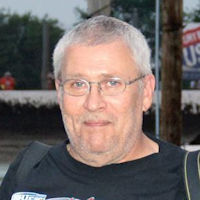 He can be found racing at paved tracks like Grundy County, Slinger, or Hawkeye Downs, to the area dirt tracks like Fairbury and Kankakee. For Coal City’s Cody Clubb, it’s all about having fun and winning a few races.

The youngest of the four infamous Clubb brothers (Jeremy, Brandon, Nick, and Cody), started his racing at Grundy County Speedway in Morris. Racing in the 4-Cylinder class, Clubb was a quick learner and picked up numerous feature wins. Looking to venture further, Clubb took his #23, 4-Cylinder and began racing at the area dirt tracks. “We did alright with the Hornet,” said Clubb. “In fact, my only win at Fairbury, was the last ever Hornet race they had.”

On pavement, Clubb races this year in the Mid-American Stock Car Series. The series races at tracks ranging from ¼ mile to a ½ mile. The majority of the races are held in Wisconsin, with a race in Iowa, and two in Illinois. “A Mid-Am car would be like a Sportsman car,” Clubb spoke. “We race on 8 inch tires, with a 4 barrel.”

Looking for his first win in the series, Clubb who is ranked fifth in points, was leading at Madison, Wisconsin in the waning laps until his tires began to fade and he ended up in third.

For the last three years, Clubb had made an occasional start in the Street Stock class at Fairbury, but decided for 2018 he wanted to do a little more dirt racing. “I had an old car we raced on the pavement,” said Clubb. “We put this car together in the off season. It has a motor I ran in at Grundy. There is about $2000 in this car.”

Racing on the asphalt one night and dirt the next, it takes a veteran driver like Clubb only a few laps to get adjusted. “With my Mid-Am car, I have to be smooth, but aggressive,” stated Clubb. “You have to let the car do all the work and not over drive it. In the Street Stock, I have to do a lot more. Being smooth helps, but you have to control the car.”

Traveling down the highways thru Illinois and Wisconsin, Clubb carries his car on an open trailer, with his girlfriend, Kimberly Elizabeth as his only crew. “Sometimes my dad can’t go with us and Kimberly will be my only help,” said Clubb.” She has no problem helping to change a tire or getting a little dirty.”

“It would be nice to race a Super Late Model, but I am happy where I am at in racing,” closed Clubb. “I can take either car and go anywhere to race. I am not into point racing this year. I have to thank my Mom and Dad, plus Kimberly for all the help they have been to me. Also, Clubb Construction, Bill’s Speed Shop, Plattville Coating, J.W. Morris Remodling, and Quality Auto Body. They all contribute so much to our program. Hopefully we can go out and win a few races, but we will have us a good time.”

Kankakee County Speedway Promoter, Tom Smith celebrates his 10th year at being at the helm of the fairground oval with all fans being admitted for $20 a car load. A full show in five classes will be held. Torin Mettille (Pro Late Model) and Don Hilleary (Street Stock) were among the race winners from last week.

Grundy County Speedway A lot of activities are planned for the children at the 1/3 mile paved oval in Morris. There will be a bike give away, candy toss, and big wheel races. A full program will be held, plus the Super Cup class. Racing will start at 7.

Fairbury American Legion Speedway A regular night of racing in five classes will be on the program. Hot laps start at 6, followed by qualifying, and racing. The Eden/Piercy Memorial race for the Sportsman class has been rescheduled for August 4. With six nights of point racing left, Kevin Weaver leads Mike Spatola by 22 in the Late Model. McKay Wenger leads Mike McKinney by 142 in the Modified, AJ Meiferdt holds a 122 edge over Pete Odell, and Steve Mattingly has a 56 point advantage over Brandon Pralle.

Peoria Speedway The rescheduled Mid-season champions will be crowned this week, with racing in six divisions. Hot laps start at 5:30 and racing at 6. Roger Rebholz (Modified) and Matt Shannon (Late Model) will be looking to extend their point leads.

Lincoln Speedway Balloon artist, face painting, a bounce house for the children this Sunday evening. Six divisions of racing excitement will be held at the ¼ dirt track. Hot laps start at 6 and racing at 7. Brian Lynn (Modified) and Dakota Ewing (Pro Late Models) made their way to victory lane.

After being rained out at Fairbury, Sportsman driver, Brian Albus made arrangements with Sycamore Speedway promoter, Tiffany Olson, to bring in the Sportsman drivers on short notice. Brandon Pralle picked up the feature win. Five drivers made the trip to the Maple Park track and after the conclusion, all the drivers donated their winnings to the family of Tim Erjavac. Erjavac lost his life early Saturday morning after being involved in a racing accident at the track.

Next Thursday at the Indian Creek Country Club in Fairbury, the annual PDC golf outing will be held beginning at 9:45 a.m. the outing raises money for the Shriners Children’s Hospital. Last year a check for $12,000 was presented to the hospital.

Thursday evening at the Fairbury fairgrounds, an auction will be held, along with a Bags Tournament, and the night will close with the band, Unhandsome Devils performing. All evening activities should begin around 6:00.

Fairbury native and lead guitarist for the band, Sixx:A.M., D.J. Ashba will perform the national anthem on Saturday, before the Prairie Dirt Classic. From 12-2 at the Bank of Pontiac Hospitality tent, fans will have the opportunity to meet Ashba. To reserve your ticket for the meet and greet, call 1-815-842-7882.