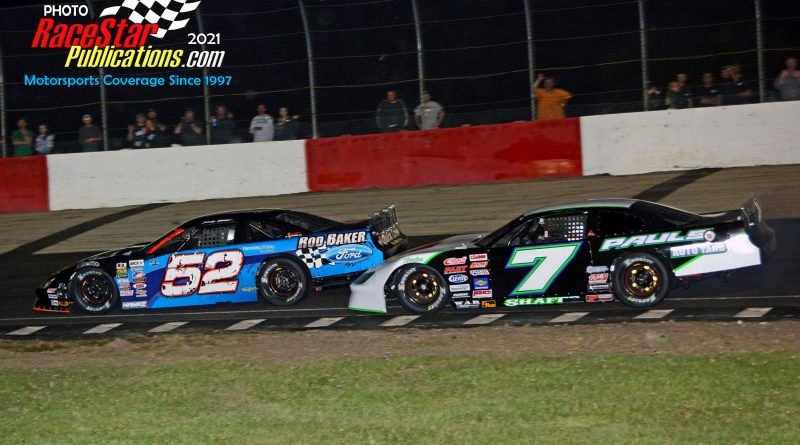 The 24-year-old, second-generation racer, from Portage, Ind., pushed his Paul’s Auto Yard-sponsored Chevrolet into the lead on the last lap to gain the victory.  With two laps to go after a red-flag incident, Shafer pressured leader Ricky Baker and took over the top spot through the final two turns to score the win.  Baker, a two-time late model champion at the speedway, finished 0.262-seconds behind Shafer at the checkered flag.  Six-time track champion Eddie Hoffman, DJ Weltmeyer, Jim Weber and Dave Gentile Jr. rounded out the top six.

A field of 16 took the green flag at the start as Weber led the early laps with Hoffman moving into the lead around the 10-lap mark.  Baker raced by Hoffman with 12 laps to go and look like he might have the race won.  With two laps to go, new qualifying track record holder Joe Vinachi saw his car burst into flames in turn three as an oil line failed.  The red flag flew with Vinachi escaping injury and a two-lap “shootout” was ready to take place.

“Well, I knew one thing and that it was Ricky Baker (leading),” said Shafer.  “Me and him got into it a few times in the past and laughed about it but I said I owed him one.  Going into (turn) one, he drove it all the way into the middle (of the turns) and I drove it into the middle.  He slid up and I didn’t.  If he didn’t slide up, I was going to tag him.  We had a heck of a run.  I don’t think we touched, maybe a little.”

Smoke poured out of Shafer’s winning mount after the checkered flag fell.

“The oil pressure dropped to 40 pounds when we revved it up,” said Shafer.  “It (the engine) might have got hurt.”

Vinachi, a regular in the late model action at Grundy, broke an almost 40-year-old qualifying record.  Vinachi’s lap of 14.477 seconds during time trials broke former NASCAR star Mark Martin’s record of 14.683, which was set during an ARTGO late model series event in August of 1981.  Six other drivers bettered the old record including Larry Schuler who returned to action after battling health issues the last year or two.  The fast laps were due to the repaving of the turns at the third-of-a-mile oval.

The 38-year-old Vandermeir, who hails from Sheridan, Ill., wheeled his Chevrolet to the win, duplicating his fete he did a few weeks ago at Illinois’ Rockford Speedway during a non-points Mid-Am program.  Vandermeir, who has won the last three straight series titles and a Grundy Mid-Am championship also, finished with a 0.322-second margin over Josh Nelms at the end.  Blake Brown, Kenny Benson, fastest qualifier Tristan Batson, coming back from a pit stop for a cut tire, rounded out the top five of the 24-car field.

“The car was good but the handling wasn’t what I wanted it to be,” said Vandermeir.  “The top three (before a caution period) weren’t going anywhere so we decided to go to the outside for the restart.  There’s new asphalt up there and the car stuck.” 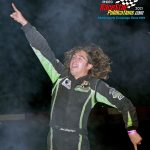 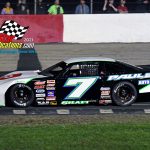 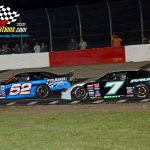 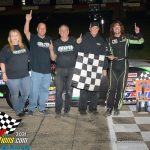 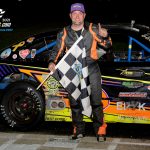 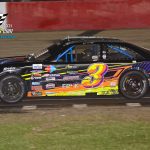 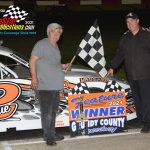 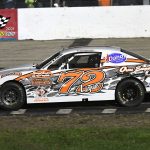 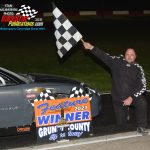 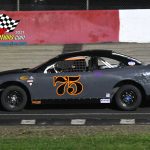 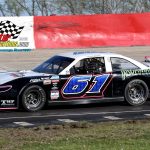 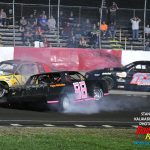 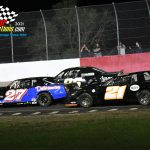 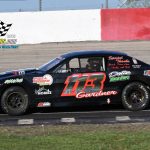 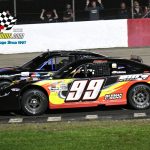 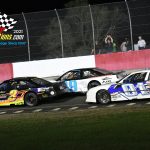 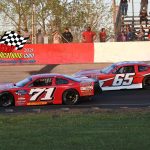 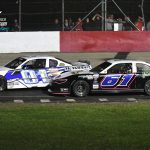 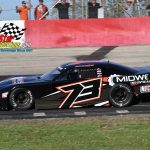 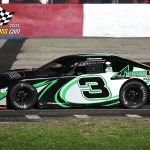 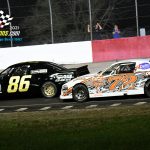 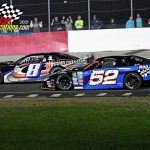 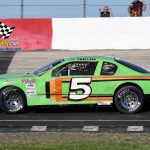 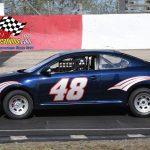