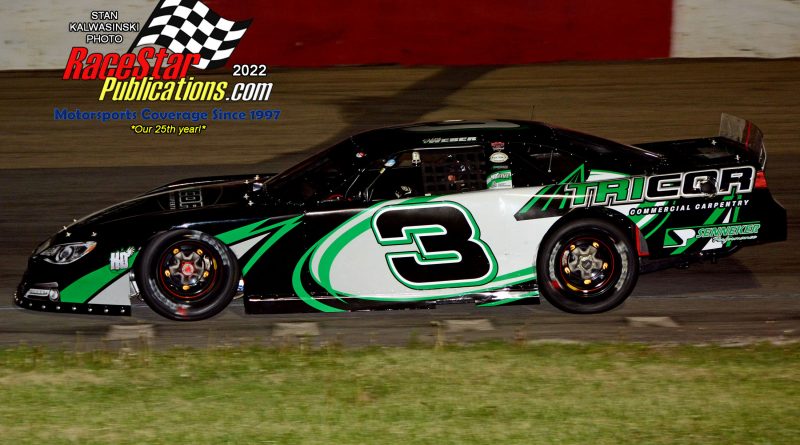 Hoffman and James Gregait battled side-by-side for the first five laps of the main event as the 13-car field sorted itself out.  Hoffman had a slight lead when the first of two yellow flags flew with five laps complete.  When green flag racing resumed, Hoffman set the pace with Weber moving to second place.

With about 12 laps in the books, Weber moved inside of Hoffman and took over the top spot.  Weber led the way with Hoffman, Weltmeyer and Baker giving chase.  At one time, Weltmeyer and Baker battled pretty hard for the third spot.  The race’s second caution flag appeared with nine laps left, giving Weltmeyer a chance at the leader.  With laps running out, Weltmeyer came within a car or so at the end with Weber holding a 0.203-second advantage.

“We held on.  I was kind of worn out those last few laps,” said Weber.  “I’m older than DJ (Weltmeyer).  He has a lot more in the tank.  I probably ran the car a little harder than I should have when I had the lead.”

“We struggled during qualifying,” said Murphy, a two-time sportsman champion at Grundy.  “We figured something out in the heat race and tuned on it a little more for the feature.  The car was really good.”

Scott Koerner won the Midwest Mayhem Midgets feature, which was cut short to 19 laps because of an accident. 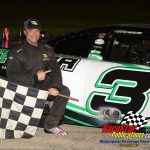 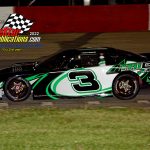 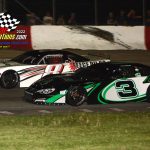 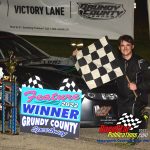 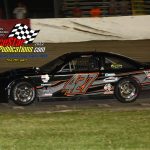 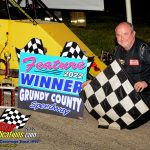 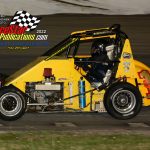 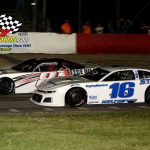 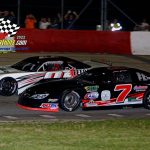 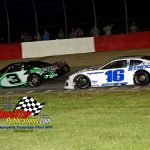 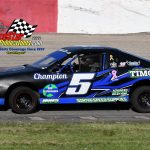 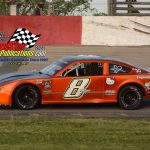 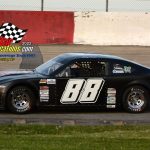 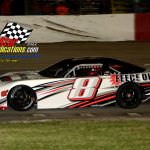 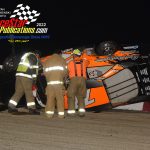 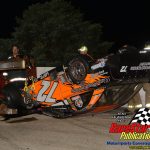 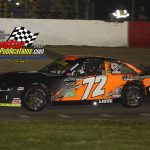 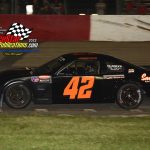 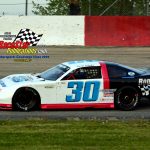 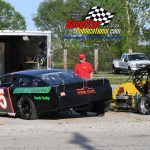 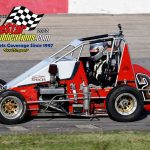 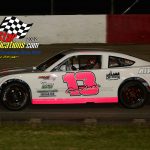 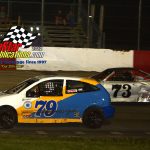