The 36-year-old Plainfield, Ill., resident drove his Rod Baker Ford-sponsored No. 52 to his third feature win of the season at the third-mile paved oval.  Baker, who was the track champion in 2013 and 2014, started the evening second in the points behind Eddie Hoffman.

Coming from his outside front row starting position, Baker had a healthy 4.388-second margin over second place finisher Dean Patterson at the checkered flag.  Larry Schuler, Hoffman, fastest qualifier Anthony Danta and DJ Weltmeyer rounded out the top-six in the 13-car field. 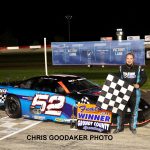 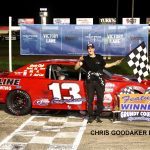 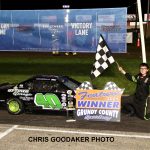 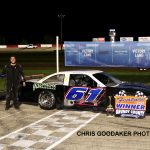 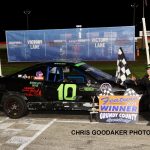