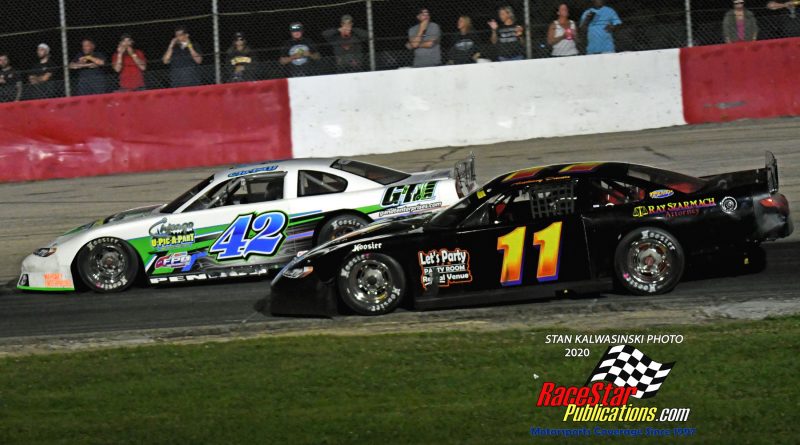 Morris, Ill., August 7—Blake Brown and D.J. Weltmeyer shared late model stock car victories during the Frank Welch Memorial at the Grundy County Speedway Friday night.  The twin-25 specials were held to honor Welch, who guided the speedway for almost five decades before his passing in 2009.

Brown, a former late model champion at the now-shuttered Illiana Motor Speedway in Indiana, captured the first 25 lapper, the first career win at Grundy for the 28-year-old racer, who calls Twin Lakes, Wis., home.  Brown drove the Trgovich Racing/Attorney Ray Szarmach/Let’s Party Party Room Ford, subbing for the team’s regular driver, Anthony Danta, who is out of action because of back problems.

The evening’s fourth fastest qualifier, Brown passed Clay Curts for the top spot on about lap 14 and held on to the lead and the eventual victory despite three yellow flag caution periods.  Brown took the checkered flag with a 1.840-second margin over Curts, who turned in his best performance of the year.  Paul Shafer Jr. finished third followed by fast qualifier Eddie Hoffman, Nathan Kelly and Weltmeyer in the 21-car field.

“I have to thank everyone on the team especially Anthony (Danta),” said Brown after his win.  “He (Danta) has this car so hooked up.  It makes it easy for me.  Once I got out front, I just had to ride and make sure we didn’t let anyone gain on us.  We’ve been finding a little each week and finally got into victory lane.”

A field of 20 answered the call for the second 25-lap chase with Keith Tolf and Christy Penrod leading the early circuits until the 27-year-old Weltmeyer, from Hebron, Ind., took command.  Penrod and Jim Weber crashed in turn four with 20 laps complete which necessitated the race’s only yellow flag.  When racing resumed, Weltmeyer and his EngineMasters/Bee-Dee Motorsports/DeNovi Heating & Cooling Toyota stayed out front, finishing 0.626 seconds ahead of Hoffman at the end.  Brown came home third followed by Shafer, last week’s feature winner Scott Koerner and Kelly.

“The car was good,” said Weltmeyer after scoring a win at Grundy for the first time since 2017.  “We threw everything but the kitchen sink at this thing (after the first feature).  The car was way too free in the first race.  We had to tighten it up and the thing came alive.  It was good to hold a line and drive off the corners.”

Chicago’s Eddie Ligue, last year’s division champion, was the winner of the Candyman 33 street stock special.  Winning for the fourth time this year at the third-of-a-mile paved oval, Ligue and his Camaro defeated Scott Gardner, Randy Weese, John Senerchia, Salvador Lozano and Rita Fields.  The race was red flagged with 11 laps complete when Bill Serviss and Rick Dawson tangled on the backstretch with Serviss hitting the wall and then sliding on his roof into turn three.  Serviss escaped injury.

Zach Legner raced side-by-side most of the way with Dan Schmeissing and came home the winner in the 25-lap four-cylinder main event, scoring the win in a “photo finish.”  Wheeling his Dodge Stratus, Legner, who hails from Crest Hill, picked up his first feature win of the season. Cameron Priesler, Jeremiah Senko and Trevor Starek rounded out the top five. 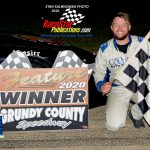 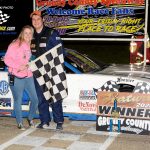 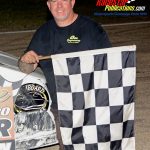 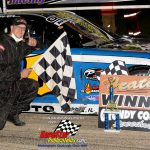 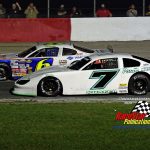 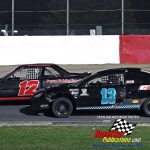 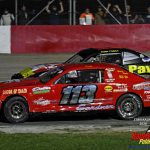 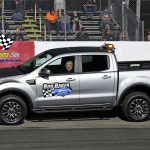 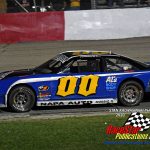 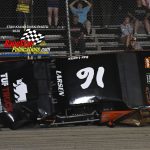 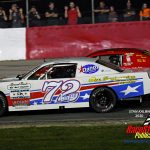 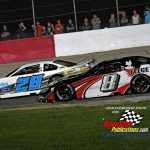 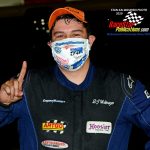 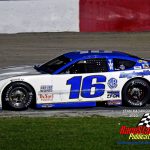 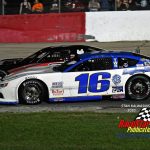 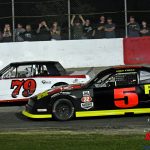 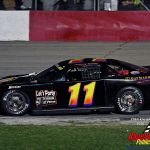 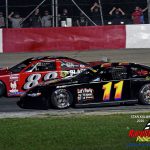 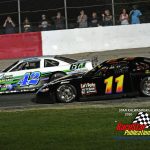 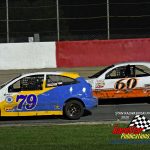 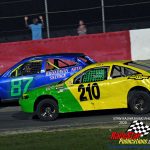