The event is held in honor of Welch, a former stock car driver, longtime race official and member of the Grundy County Fair board.

Weber came back and won the second ‘25’ getting by Anthony Danta for the lead inside of 10 laps to go.  Danta finished 0.248-seconds at the checkered flag behind Weber, who also posted his third win of 2022.

Trailing Weber and Danta at the finish were Baker, Weltmeyer, Zolodz and Hoffman.

Baker was the overall Frank Welch Memorial winner based on his first and third place finishes.

Randy Weese was the winner of the Candyman 33 street stock special.  Weese, a two-time Grundy street stock titlist, raced to his third win of the campaign ahead of James Dean, Scotty Gardner, Michael Gerike, Rick Dawson and Renee Farren. 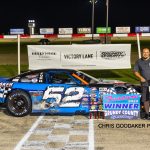 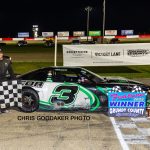 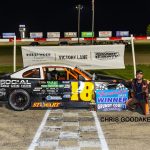 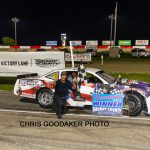 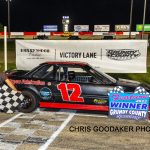