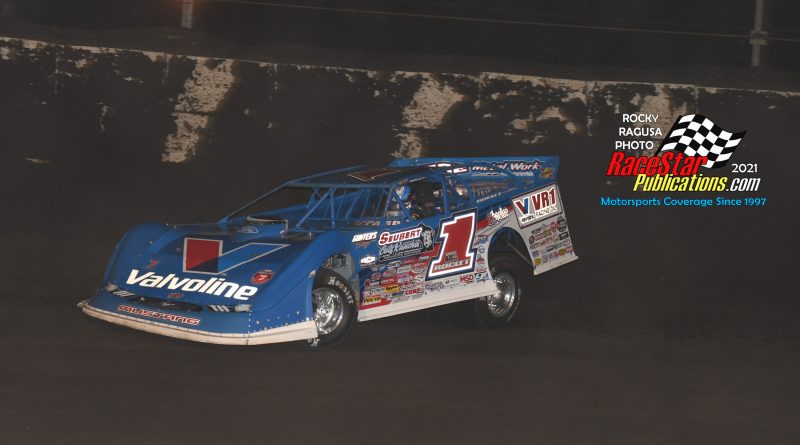 Fairbury, Ill. (9/14/21) Flo Racing and Fairbury officials mutually agreed to move Tuesday’s racing special at the Fairbury Speedway up to Monday due to a threat of rain. Fans in attendance were treated to an exciting night of racing with New Berlin’s Brandon Sheppard and Pontiac’s Michael Ledford taking home the big checks.

31 Late Models that saw many competing in this past weekend’s World 100 go under the clock in qualifying. Currently second in the NASCAR Cup point standings and one of the hottest drivers in the country, no matter what he is racing, Kyle Larson took fast time at 12.727. Larson, Shane Clanton, and Sheppard won their heat races. The semi-feature went to Dennis Erb Jr.

Following a lap 20 caution, Sheppard overtook Garrett Alberson for the lead and moved out to a straight away lead as Alberson raced Gordy Gundaker for second and Tanner English raced side by side with Jonathan Davenport for fourth. A yellow flag waved on lap 27 for debris. During the caution, Alberson went to the infield pit area to change a tire and had to go to the rear of the field. Sheppard raced out to a five car length lead as English and MIke Spatola ran side by side for second. In the closing laps, English, Spatola, and Gundaker put on a battle for second before Spatola took second with eight laps remaining. Sheppard, the current World of Outlaw point leader, crossed the line at the end of the 50 lap race, $15,000 richer. Spatola crossed up on the last lap and fell back to fourth, with English and Bobby Pierce taking second and third.

“ I was hoping the topside was going to be there at the end of the race, because that is where we win most of our races”, explained Sheppard. “ We were pretty good on the bottom,but I blazed the top for a long time before I went to the bottom. My left rear tire was overheating. It was shaking so hard I couldn’t even go down there. When the tire cooled off, the caution came out on lap 20 and I had to go to the top on the restart”.

Forrest’s Austin Friedman continues to turn heads as his lap at a 14.188 gave him fast time over 19 other Modified drivers in their 25 lap, $2000 to win race.

Ledford moved past Steffens after a caution on the fifth lap and put his new MBR race car on the treacherous Fairbury cushion, beating the right side quarter panel relentlessly. Ledford turned up the wick and pulled away to take his second Fairbury feature win of the year and sixth overall.

With 11 second place finishes thus far in the year, the win was a welcome relief for all of the family, crew, and fans of Ledford.

“ I was just trying to drive the car as hard as I could without getting into the wall”, said Ledford. “ With the competition tonight, this is probably my biggest win”.

The final Fairbury race for the 2021 season will take place on October 8-9 with the FALS Frenzy. 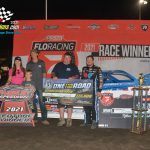 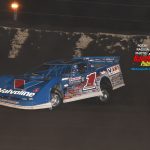 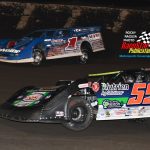 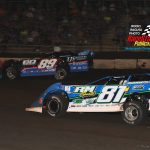 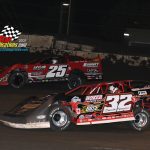 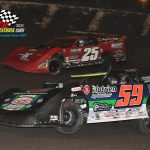 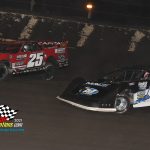 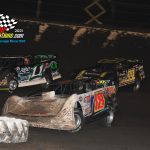 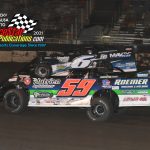 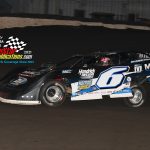 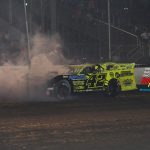 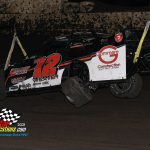 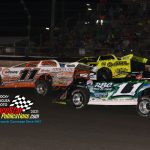 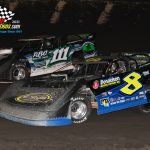 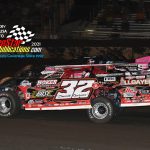 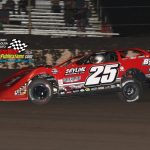 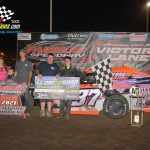 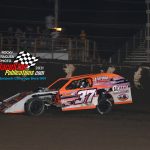 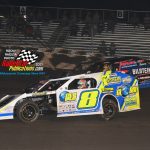 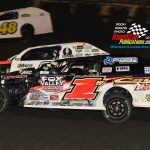 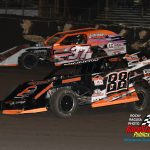 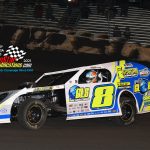 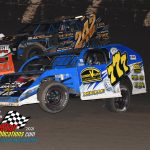 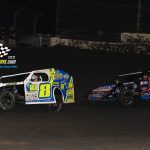