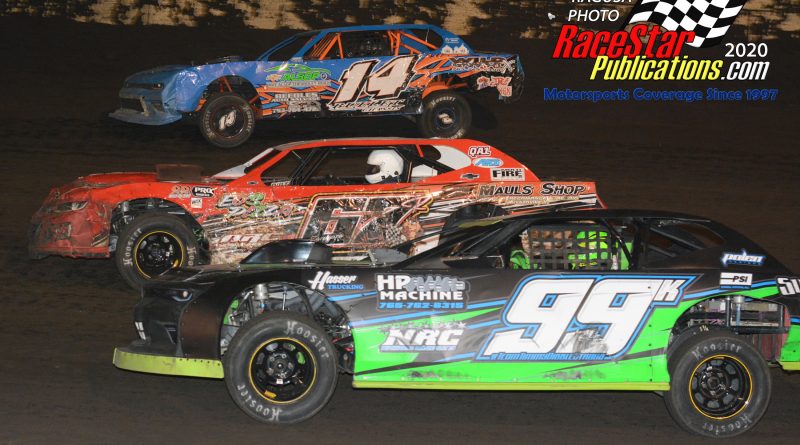 After a caution flag on the fourth lap,defending race winner Nichols got by leader Fabrizius for the lead. Nichols wasted little time and built a straight away lead as Joel Funk, Erwin and Nick Macklin dueled for second. As Nichols sliced his way by lapped traffic, Funk cut into Nichols lead. On a restart after a caution in the closing laps, Funk tried a slide job for the lead, but Nichols stood his ground. As Funk faded, Macklin pressured Nichols several times, but Nichols was able to hang on for the win.

Becoming the first two time winner of the race, Nichols commented in victory lane. “ About halfway through the race, my brakes began to fade. Then going in turn one I noticed the power steering was fading and I had a right front shock bent. The car was handling horrible. Nick tried me at the end, but I just stayed at it”.

Macklin made a game of it, but settled for second, with Erwin, Bobby Beiler, and Fabriius completing the top five. Andrew Funk, Andy Zahnd, Odell, Don Hilleary, and Zuberbrier completed the top ten.

Pontiac’s Ledford was able to capitalize by starting on the outside of the frontrow. As the green flag waved for the 25 lap race, Ledford shot out a cannon. Working the top side of the track to perfection, Ledford established himself as the man to beat. Through three yellow flags and one red flag, on the race restart, Ledford was invincible in taking his second win of the year.

“ We have been struggling so bad lately”, spoke Ledford. “ My car hasn’t been where we wanted it and I have made some mistakes. We really needed this one”.

Myles Moos took quick time honors in the 30 lap, Late Model race with a lap of 12.852. Moos and Kevin Weaver were the heat race winners.

While racing for the lead, Moos made contact with Weaver in turn one. The damage caused Weaver to drop out of the race. Eric Smith had Moos within his sight, but was never able to mount a serious threat. Moos, in his second year in the Late Model division, was able to take the biggest win of his career.

“ I am so sorry for what happened with Kevin and myself”, Moos said. “ I tried to get under him in turn one and the car didn’t stick”.

Osterhoff and Heck traded paint during the middle stages of the race before a caution fell with five laps to go. Heck got by Osterhoff and was able to withstand Jose Parga to earn the win.

The defending national champion spoke with excitement in victory lane. “ That caution came out there at the end. I know Osterhoff is good. I was running the top, but I didn’t want to pound the cushion too hard".

In a year of heartaches and heartbreaks for Steve Mattingly, Mattingly was able to get by track champion Tommy Duncan with three laps to go. Despite a broken left upper control arm, Mattingly was not to be denied and took a hard fought win.

I didn’t think we were going to get a win this year”, Mattingly said. “ On lap eight, the control arm broke. The last five laps it was digging in the ground”.

The final race of the year is scheduled for October 10 with the Late Model class in a $15,000 to win special, along with racing in the Modified and Pro Late Model classes. 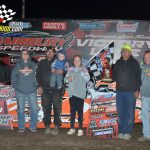 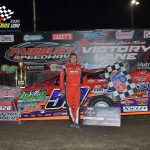 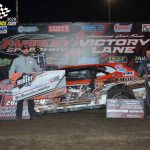 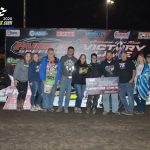 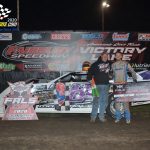 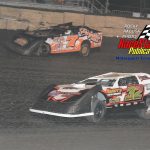 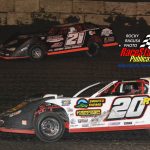 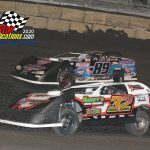 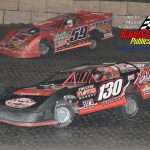 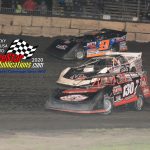 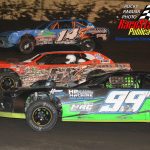 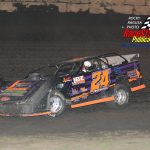 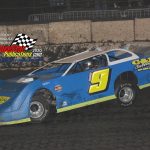 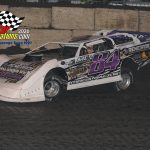 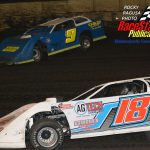 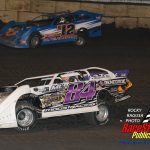 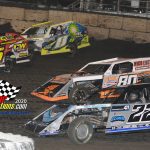 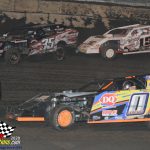 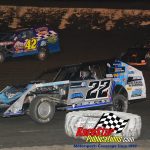 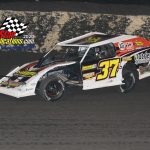 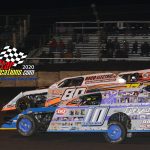 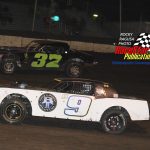 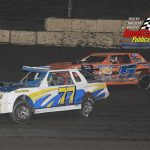 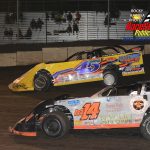 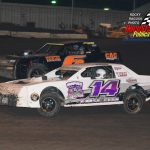 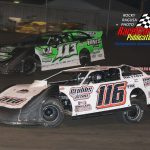 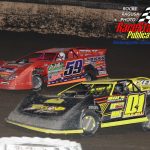 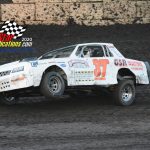