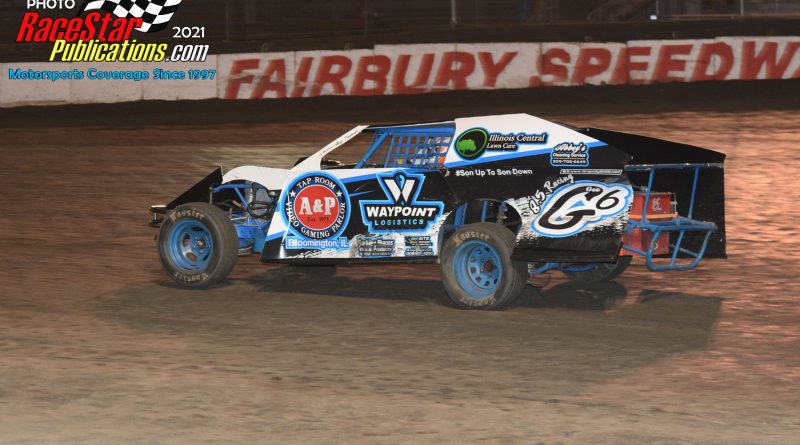 Three heat races were held with Wenger, Mike Spatola, and Ryan Unzicker taking the wins. Derek Chandler advanced to the 30 lap race by winning the semi-feature.

At the start of the 30 lap race, Spatola jumped out to a commanding lead as Wenger, Jeremiah Hurst, Unzicker, and Myles Moos dueled for second. Unzicker was able to take the position on lap six and methodically reeled in Spatola. As Spatola was working his way past slower traffic, Unzicker dove in low in turn three to move into the lead with seven laps remaining. Spatola made several attempts to retake the lead, but Unzicker was able to hold off the Challenge.

After going winless in Late Model competition in 2020, El Paso’s Unzicker scored the win in his new MB Custom chassis.

With a smile on his face extending from Fairbury to El Paso, Unzicker commented from victory lane. “ It was an exciting race from my seat. I can’t imagine what it was like for the fans. Mike is a tough competitor. The car would work on the bottom and middle of the track”.

Harrison took the lead at the wave of the green flag as two cautions fell in the first ten laps. Behind Harrison, Allen Weisser, Mike McKinney, Krup, and Kyle Hammer had a fierce race for second. McKinney took over the second spot on lap 12 and ran the top and bottom, closing in on the race leader. Harrison proved to be to much for the competition as he took his 20th career feature win.

“ We have a new Hughes race car, “ spoke Harrison. “ It just keeps getting better and better. I love coming to Fairbury and putting on a show for the fans.”

Anderson led the first 11 laps of the race before the yellow flag fell on the field. On the restart, Andrew and Joel Funk both got by Anderson, as his tires began to fade. Joel was able to hold off Andrew took take the race win.

Duncan proved to be the class of the field on this night as he led flag to flag for the win.

“ We have a good car to work with this year, Duncan said. “ It helped to start on the front row with the track being slick”.

Racing will return this Saturday with another FALS Cup weekly program. 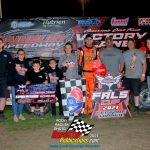 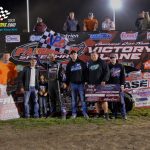 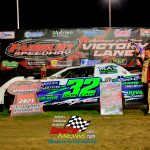 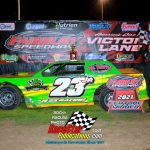 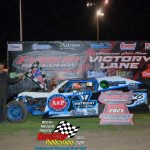 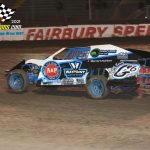 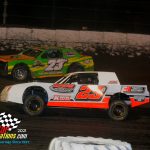 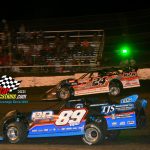 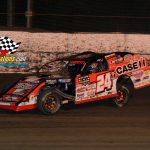 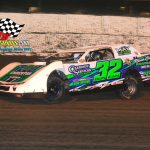