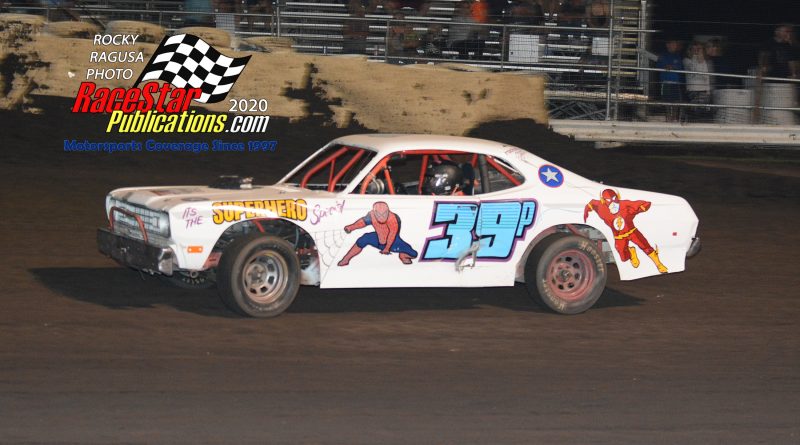 The Vintage Racing of Illinois Series held a special 10 lap exhibition race with Brendan Ramer turning back his father, Matt for his first ever win in the series.

“ That was a lot of fun. I got to race my dad pretty hard there,” said Ramer.

11 cars were on hand in the Hobby-Modified class. Cody Wisher turned a lap of 15.742 for fast time and took the first heat race. Caden McWhorter claimed the second heat race.

A caution flag with one lap remaining gave last week’s winner,Troy Ricketts an opportunity to repeat. Wisher with a tire losing air was able to hang on for his first win of the year.

“ I couldn’t keep the rear end under the car in the closing laps, especially in turn four,” spoke Wisher.

Lyndon Whitfill was the fast qualifier at a 15.845 of the 15 Sportsman drivers. Two heat races saw Austin Friedman and Steve Mattingly taking the wins.

Rookie driver, Friedman and old veteran, Mattingly battled for the lead in the first five laps before Friedman was able to use lapped traffic to take the lead. After a caution on lap 11 of the 15 lap race. Mattingly, looking for his first win of the year, had to contend with Tommy Duncan. As the checkered flag waved for Friedman, Duncan was able to get by Mattingly for second and also was the race's hard charger winner.

Picking up his second straight win, Friedman commented in victory lane. “ The track was really demanding tonight, but it was a fun race”.

A time of 16.573 earned Zach Zuberbier quick time in the Street Stock class. With 19 cars on hand, Zuberbier and Joe Brown were the heat race winners.

“ I knew I had some fast cars behind me, “ commented Zuberbier. “ I just had to hang on and not use up my equipment. We won last night, but tonight is way better”.

Although eight caution flags waved in the 25 lap race, McKinney was the dominating force on this night. Running the top side of the track, McKinney bolted out to a commanding lead as early race leader, Weisser tried to keep pace. With the track cleared after a lap 15 caution, McKinney moved to the bottom and Weisser kept pace. Michael Ledford, running in third, brought out a caution with six laps to go as he slowed with a tire going flat. On the restart, McKinney flexed his muscle and closed this chapter in the season long battle with Weisser for supremacy in the big picture for the national championship title.

“ We tried something different on the car tonight,” said McKinney. “ I was running the top and I saw Allen on the bottom, so I had to try it out.”

Wenger,looking to continue his winning ways, pounded the cushion in leading the first 17 laps of the race. Billy Drake,using the bottom of the track, reeled in Wenger to take the lead on lap 18. As Drake was attempting to overtake a slower car, made a move to go to the top, Drake not knowing Wenger was there, made contact and ended Wenger’s night. Weaver moved to second on the restart and began to track down Drake. Running on the back stretch, Weaver climbed the wall and brought out the caution with five laps to go. Drake, safely in the lead, took his first win of the year.

As the crowd cheered and jeered for Drake, he spoke apologetic in victory lane. “ I feel bad. McKay is such a good dude. I was trying to get around that lapped car and zipped it to the top. I didn’t know he was there. If I would have known that, I never would have tried that. I don’t want to win a race like that. I would have rather raced him for it. It would have been good. I guess that happens. I hate it and I stand that way.”

This Wednesday night, the DIRTCar Summer Nationals will be held,along with a Summit Modified Nationals event at the Speedway. 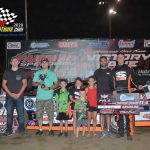 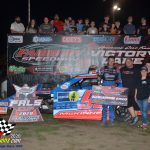 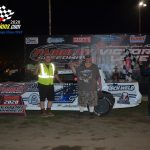 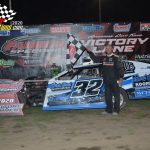 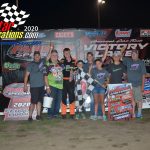 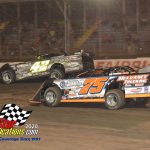 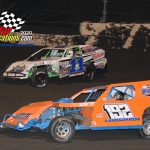 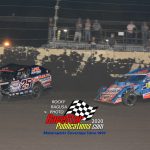 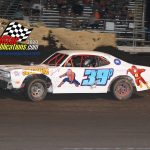 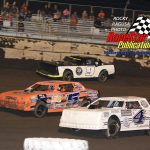 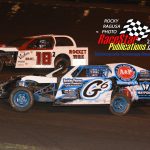 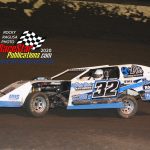 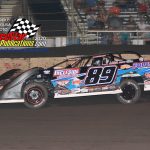 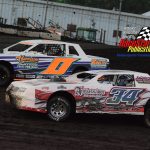 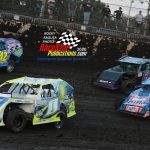 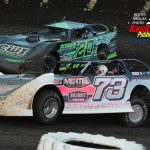 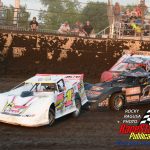 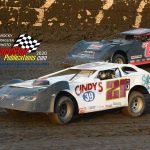 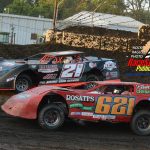 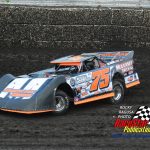