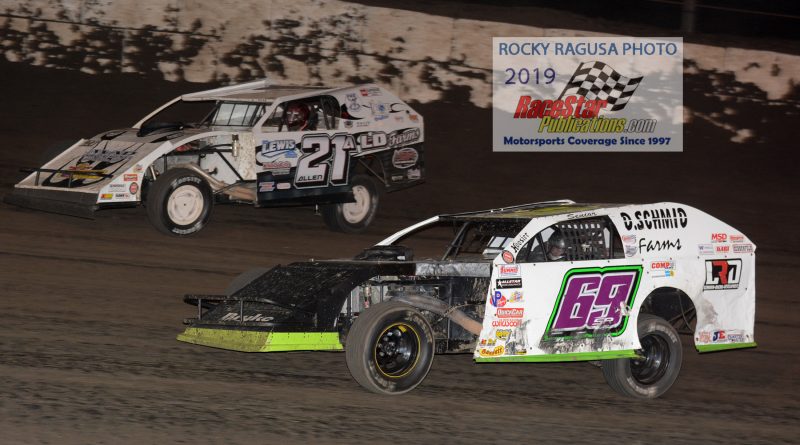 Starting on the inside front row, Drake took the lead for start, with Schmitt, Weaver, Unzicker, and Kyle Blight following. Drake, hugging the bottom groove, wasted little time in pulling away from the field, and opened a straight away lead. As Drake was working the slower traffic in the closing laps, Unzicker moved into the second position. Unzicker was able to close in on Drake, but the laps ran out and Drake picked up a popular victory.

“I looked up at the scoreboard and saw that Unzicker was behind me,” said Drake. “I didn’t know how big of a lead I had.”

While last week’s Prairie Dirt Classic is in the running for national Late Model race of the year, the Modified race will be one to consider as Fairbury’s race of the year. McKinney won the drag race into turn one as Weisser stuck his car on the bottom. Weisser was able stick his car and pull alongside of McKinney, but McKinney carried the momentum on the straights to edge ahead of Weisser. Weisser moved by McKinney for the lead on the sixth lap. A caution fell on lap seven and on the restart, Dan Rork made a banzi move to take second, but McKinney stood his ground and battled back to move into the second spot. McKinney, banging the wall, was able to move by Weisser for the lead on the 12th lap. Both drivers executed slide jobs to perfection in hopes of taking the FALS Cup trophy, with Weisser moving to the front on lap 21. With the race for the lead capturing the attention of the fans, Michael Ledford began to make his presence felt. Running in fourth, Ledford capitalized on Steven Brooks misfortune and took over the third spot. With four cautions in the final seven laps, everyone in attendance anticipated a dramatic finish. Weisser led McKinney with two laps to go, following a caution. On the restart, Weisser slowed with a right front tire flat and McKinney moving back into the lead. McKinney was able to pick up his fourth win of the year.

“I felt like I was racing for second a little bit,” an excited McKinney spoke. “The car came to life or I woke up and got back on the wheel.”

With a time of 15.568 Matt Hammond (Bourbonnais) picked up fast time honors for the 19 Street Stocks. Two heat race were held with Michael Schomas (Ottawa) and Peter Argianas (Lockport) taking the wins.

Following a early race battle for the lead with Schomas, Hammond was able pull away for his third win of the year. Schomas, turned in a strong effort with a second, and Don Hilleary (hard charger) was third. Darrell Dick, Pete Odell, Jeff Hartzell, Cody Clubb, Nick Seplak, Aragianas, and Eric Boudreau rounded out the top ten.

“I knew that starting up front would be huge,” spoke Hammond. “We hit it dead on with the setup.”

Starting on the outside of the front row, Mattingly was able to take the lead, with Duncan following. Contact on the eighth lap between Mattingly and Duncan, resulted in Mattingly being sent to the back of the field. The restart had Duncan leading Michael Ledford, Anthony Craven, Blake Reid, and Lyndon Whitfill. Duncan was able to open a large lead, until he encountered slower traffic. Ledford gave it his all to take the lead, but Duncan stood firm, claimed his fifth win, and stretched out his lead in the battle for the track championship.

“We have put a lot of work into getting the car back to where it was at the beginning of the year,” Duncan said. “I was worried when they prepped the track, but the car worked good.”

Duncan continued his dominance of the class by going flag to flag for his sixth win of the year. Thad Gee and Jason Brandt battle thru out the race for second before Gee edged ahead in the closing laps. Makinzi Semmens took fourth and Green finished fifth. Roy Magee, Macy Vaughan, Austin Lipe, Cathy Crego, and Payton Semmens rounded out the top ten.

“My crew gave me an awesome car,’ Duncan said. “ Everything just fell into place.”

Racing returns this Saturday with another night of FALS Cup action. Five classes will be in action. Hot laps start at 5:45, time trials at 6:15, and racing at 7. 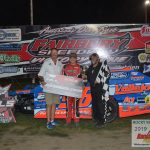 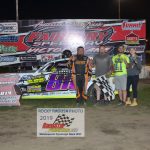 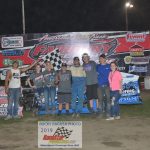 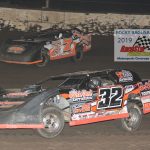 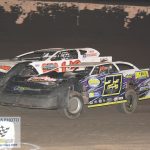 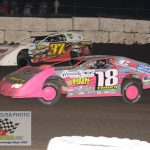 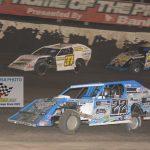 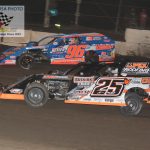 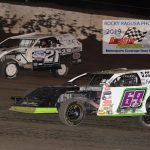 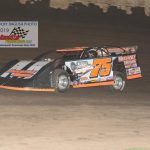 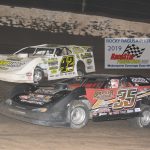 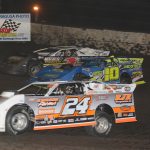 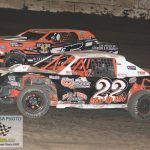 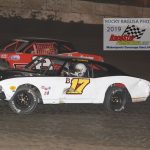 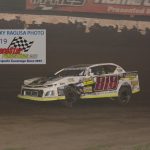 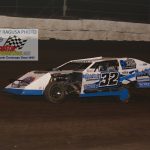 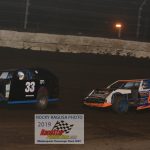 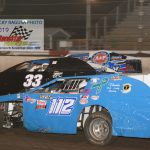