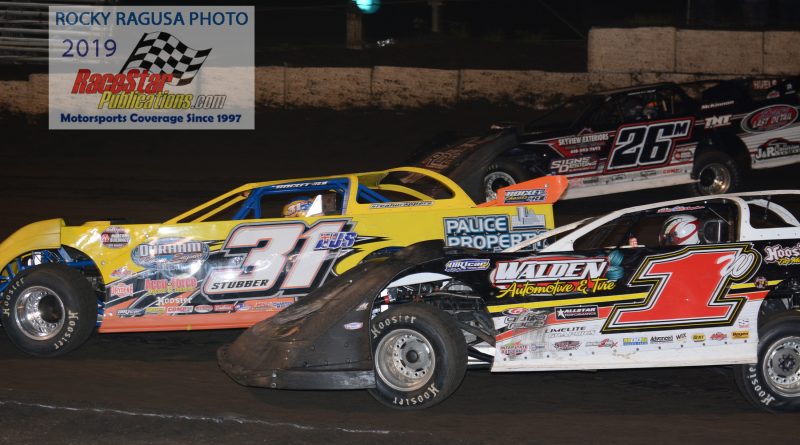 Pole sitter, Weaver led the first two laps before Manville took over on lap three. Manville treaded his way to a five car length lead while working the cushion. Weaver was able to stay within striking distance on the bottom, with Jay Morris, Gardner, and Unzicker following. Allen Weisser tagged the wall on the front stretch with two lap to go,, bringing out the caution flag. On the restart, Manville turned back the challengers and took his first ever Fairbury feature win.

“This is a huge win,” said Manville. “Getting a win here has been on my bucket list. Fairbury is a tricky racetrack, but that is what makes it awesome. Anytime we come here, the competition is tough and that is why it is special to win here.”

24 Modified drivers were on hand for their 25 lap, $1500 to win race. Jeffrey Ledford (Pontiac) led in qualifying with a time of 13.873. Dan Rork (Pontiac), Weisser (Peoria), and Michael Ledford (Ponitac) were the heat race victors.

At the wave of the green flag, Weisser went to the top of the track and quickly established a sizeable lead. The yellow flag was waved four times in the first ten laps of the feature, with Rork, Nick Clubb, and the Ledford brothers trailing Weisser. After a lap 18 yellow flag, Weisser distanced himself from his competitors and was able to lock up his championship and add the eighth win to his resume.

“The track has been great all year,” Weisser said. “I can’t thank Matt Curl, his crew, and all the fans. This Lethal chassis has been good all season.”

Dominating the competition at Sycamore Speedway last year, Zachery Zuberbrier (Kingston) made the decision to hit the road, visiting many tracks in the region for the first time. On Saturday, Zuberbrier fulfilled a dream, by winning his first ever feature race in the Street Stock class.

In the 15 lap race, Tanner Sullivan took the lead from Zuberbrier on the second lap. Zuberbrier stayed glued to Sullivan’s bumper until Zuberbrier moved to the lead with four laps remaining. Zuberbrier opened a five car length lead and earned his first ever Fairbury feature win.

“It has been a dream of mine to get a feature win here,” an excited Zuberbrier spoke. “Our crew really enjoys coming down here.”

Zuberbrier paced the 17 entries in time trials with a lap of 15.661 and took the first heat race. Schomas (Ottawa) was the winner of the second heat race.

The 15 lap CR Towing Sportsman race was a wild race. As Tommy Duncan led Amber Crouch and Jeremy Nichols, Steve Mattingly made a late race charge. With the checkered flag in site and entering turns three and four, Duncan running the top, Crouch running the middle, and Nichols on the bottom, Mattingly got into the back of Duncan. Crouch looking for her first win of the year, got loose and Nichols moved ahead. Nichols, Crouch, and Mattingly went three wide to the finish line, and Nichols took the win by a bumper.

“I got lucky on that one. We still had our Springfield setup on the car,” said Nichols (Lovington). “It was loose so I had to stay as smooth as I could.”

Michael Ledford (Pontiac) led the 15 cars in qualifying with a lap of 14.720. The two heat races went to Crouch and Duncan.

Mason Duncan (Metamora) led from start to finish in winning his eighth Hobby-Modified feature race of the year. The win didn’t come as easy as past races. Troy Ricketts has able to stay with Duncan until Duncan pulled away with three laps to go. Makinzi Semmens, Macy Vaughan, and Kyle Davis took the top five positions. The remainder of the top ten went to Travis Roe, Brian Kidder, Tyler Russell, John Branner, and Peyton Semmens.

Duncan was the events fast qualifier at a 14.917. Roe (Washburn) and Austin Lipe (West Brooklyn) were heat race winners.

The 7th Annual Casey Modified Nationals will take place this Saturday night. Sanctioned by the AMS Modified series, drivers will battle in twin 40 lap races. The field will be split allowing drivers to have a chance at making a feature and earning money. The co-feature will be the American Ethanol Late Model series in a 40 lap, $5000 to win special. Hot laps start at 5:30, with qualifying, and racing to follow. 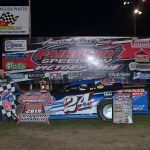 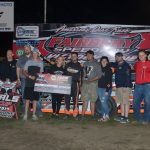 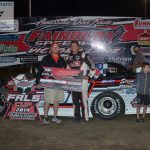 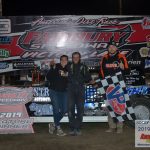 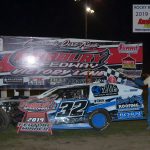 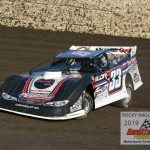 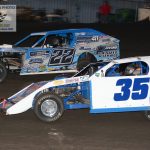 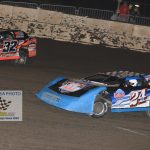 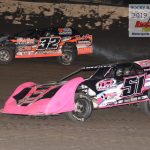 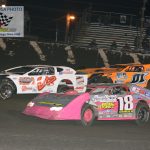 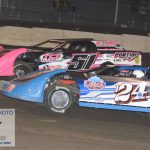 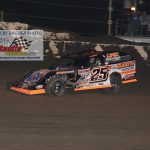 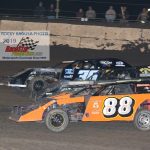 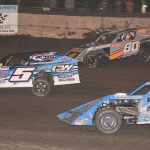 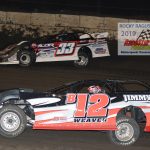 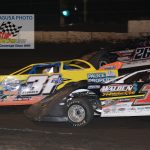 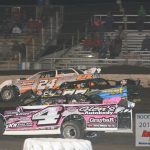 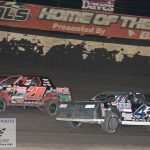 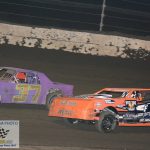 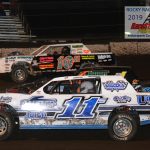 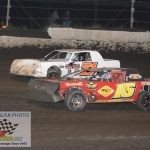 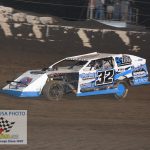 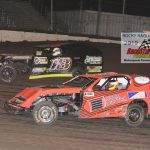