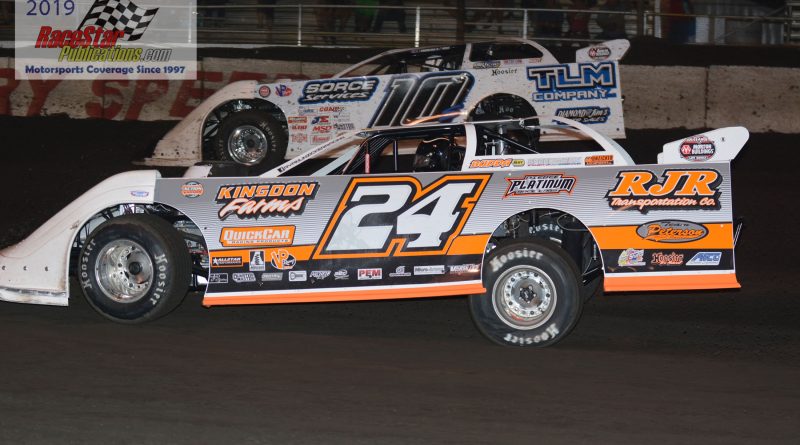 With a weekend off from the World of Outlaws, Dennis Erb Jr. (Carpentersville) made the trek to Fairbury, setting fast time at a 12.905 over 23 other Late Models, and winning the first heat race. Taylor Scheffler (Waukesha, WISC.) was the heat two winner and Dale Markham (Maple Park) advanced to the 30 lap feature by winning the semi-feature.

Starting on the inside front row, Erb quickly jumped out into the lead, as Scheffler and Spatola raced for second. Hugging the bottom of the track, Erb held a 10 car length lead over Scheffler, Spatola, Ryan, Unzicker, and Allen Weisser. After a caution on lap 10, the battle for second was intense as Spatola, Unzicker, and Scott Schmitt exchanged the position lap after lap. Two straight lap 19 cautions had Spatola on Erb’s bumper for the restart. Spatola was able to make the top side work and took the lead on lap 21. Erb came back to take the lead on lap 27, but a determined Spatola reclaimed the lead on the next lap and pulled away for his third win at Fairbury.

“Dennis is the best Illinois driver to run the bottom,” Spatoal said. “I knew that at some point that was going to try and figure out how to get him on the top.”

It was another night of fierce competition in the Modified division between Weisser (Peoria) and Mike McKinney (Indianapolis, IND.). Each took their heat race wins and Weisser captured quick time at a 13.964.

Four cautions and a red flag situation kept any rhythm developing thru the first five laps. The bottom of the track was the preferred line during the race, as Weisser led McKinney, Rick Stevenson (O’Fallon, MO., heat 3 winner), Jeffrey Ledford, and Nick Clubb. Ledford went to the top, moving into third and gave McKinney a race for second, before falling back. A rising star in the Modified, Michael Ledford was shuffled back into 10th before charging back into fifth on the eighth lap. Threading their way thru lapped traffic, McKinney was able to sneak by Weisser with seven laps to go and take his fifth win.

“I have a ton of respect for Allen. We have been battling each other all season,” an exhausted McKinney spoke. “We got behind the slower cars and I was able to get by him. Sometimes it pays to be running in second.”

Debuting a new car, Ransom went to the lead at the beginning of the 15 lap race. Holding off a brief challenge from Nick Seplak and surviving several cautions, Ransom was able to take his first Fairbury feature win.

“I have to thank my car owner, Mike Allsop and the crew for their hard work,” Ransom spoke. “ I was getting nervous with those cautions, but the car was working good.”

The CR Towing Sportsman class was scheduled for a 15 lap race. 11 drivers signed in with Michael Ledford (Pontiac) touring the track at a 14.654 for fast time. Two heat races saw Ledford and Amber Crouch (Cullom) coming out on top.

On the opening lap, Ledford, Crouch, and Lyndon Whitfill went three wide in looking to take the lead. Tommy Duncan (Metamora) found an opening and took command. Looking for his first track championship, Duncan led all the way for his sixth win of the year.

“We have the car back to where it was at the start of the year and have been making the smart choices,” Duncan said.

Setting fast time (15.006) and winning his heat race, Mason Duncan continued his dominance in the Hobby-Modified division. Making quick work of the competition, Duncan was able outdistance his foes and pick up his seventh win.

“The car has been absolutely perfect all season long,” Duncan said. “I can’t thank my crew and sponsors for all they have done.”

Two night of racing will take place this week. As part of the Fairbury Fair, a Thursday night special will feature the POWRi National Midget series, plus the Pro Late Model, and Modified divisions. The final night for track and Alkota points will heat up in a FALS Cup weekly program. 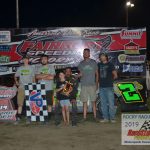 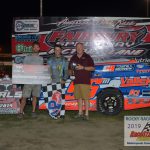 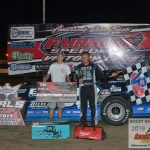 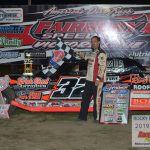 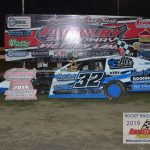 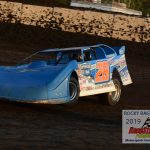 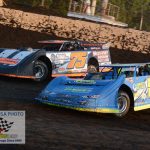 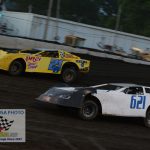 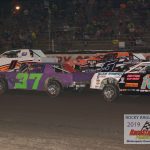 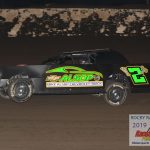 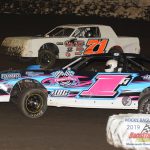 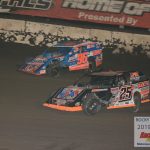 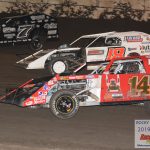 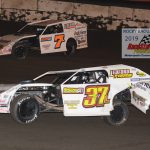 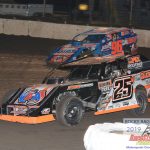 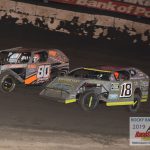 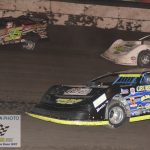 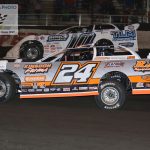 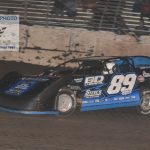 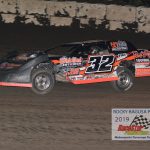 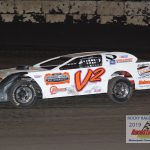 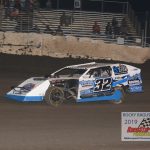 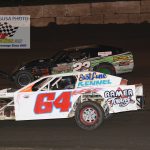