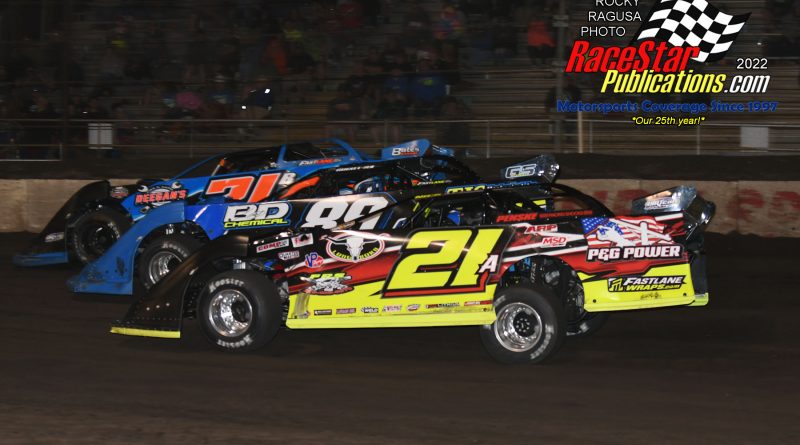 McKay Wenger topped 27 other drivers in qualifying with a time of 12.864. Wenger, Jake Little, and Bob Gardner won their heat races. Mike Mataragas was the victor in the semi feature.

Durham Electric and the Backstretch Bar and Grill, along with Bob and Connie Watters and Tim and Inga Harty helped to increase the top five finishers for the Late Models. $3500 would go to the winner of the Bob Harty Memorial race.

Starting on the pole position, Fairbury’s Wenger raced out to a commanding lead. Although three caution periods kept the 20 car field in check, Wenger, running the top side to perfection, was never seriously threatened for the lead. Wenger was able to keep his distance to over a half of a straight away lead and went on to win his first Fairbury win of the year.

“ That cushion was pretty narrow”, explained Wenger. “ I felt like I had a right rear tire going down, but I thought it was just in my head. The tire is already sitting on the rim. It has been a tough start to the season, but if you are going to win, July is the time”.

An anonymous donor helped to boost the winner’s purse to $2000 in the Modified feature. Michael Long led group one qualifiers with a time of 13.971 and Frank Marshall paced group two, turning a lap of 14.066.

At the drop of the green flag, Long went to the top of the speedway, into the lead. McKinney tried the top and bottom of the track in his attempts to overtake Long for the lead, but Long proved to be too much and went on to take his first win of the season.

“ We have been decent here, but never perfect”, Long commented. “ Tonight was the easiest night. I was just able to drive around here. It’s over three hours from home, but I love coming here”.

McKinney settled for second,with Kelly Kovski, Allen Weisser, and Friedman trailing. Anderson finished in sixth and Marshall was seventh. Ledford rebounded from a heat race incident. Starting in the 20th position, Ledford was the fastest car on the track. The winner of the hardcharger award, Ledford finished in eighth, followed by Steve Brooks and Jacob Rexing.

Tommy Duncan continued to run roughshod over his competition in the CR Towing Sportsman division. Turning in a time of 14.997, Duncan also won his heat race. Steve Mattingly was the winner of the second heat race.

Duncan paced the field for all 15 laps and took his fifth feature win of the year. Mattingly, after a spirited duel for second with Tyler Roth, broke away from Roth. Mattingly cut into Duncan’s lead, but settled for second and Roth finished in third. Landon Miller was fourth and first year driver Victor Strong (hardcharger) finished in fifth. The second group of five was led by Makinzi Semmens, Doug Carls, Aaron Reid, Eric Saltzman, and Josh Hetherington.

Ian Keller was the night’s fastest qualifier( 15.336) in the Stock Car class that saw 16 drivers in attendance. Cody Clubb and Braiden Keller came out on top in their heat races.

Clubb, starting on the pole position, led the first lap before Megan Erwin took over and led until lap five. Disaster struck on lap five as Erwin slowed on the track to bring out the caution flag. Clubb returned as the race leader with Jeff Hartwell right behind. The two wheelmen were able to race side by side, with Clubb leading through lap 12 and Hartwell leading the 13th lap. Clubb went back to lead lap 14 as a caution fell on the white flag lap. With the checkered flag in sight, Clubb held off a determined bid by Hartwell and took his first ever Stock Car win at Fairbury.

A successful pavement racer, Clubb had won in the Hornet class at Fairbury, and won his first career Stock Car race three weeks earlier at the Kankakee County Speedway. Breathing a sigh of relief after many years of waiting for his moment, Clubb spoke in victory lane.

“ I have been trying for so long to get a feature win here. I saw Hartwell sneaking up on me, on the outside. I knew if I could hold my line, I could almost get him. If I screwed up, he was going to get me”.

A field of 18 cars took the green flag. Kirby McCormick was able to turn back a late race charge from Luke Gebhardt and take his first ever feature race win.

“ I am at a loss for words,'' McCormick said. “ I have never won a race before, so this is pretty exciting. I know we are in the Hobby-Modified class, but it feels good to get one under our belt and get the monkey off our back”. 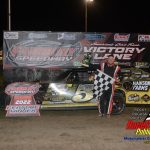 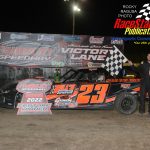 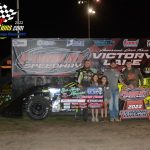 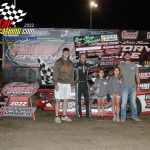 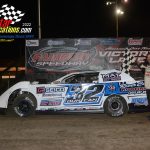 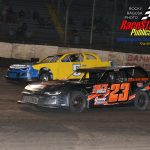 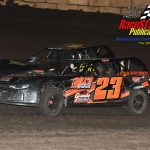 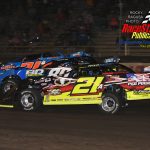 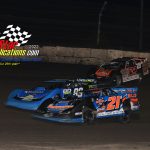 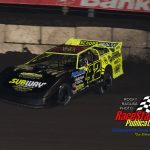 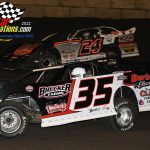 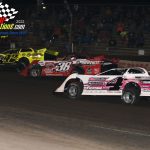 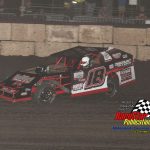 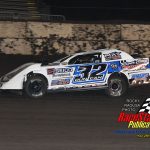 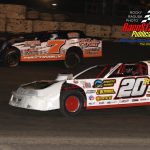 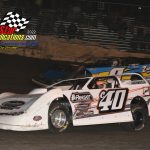 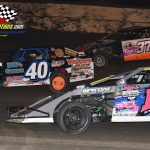 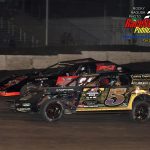 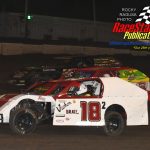 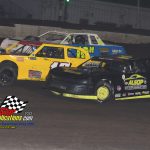 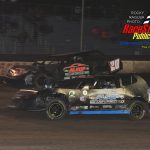 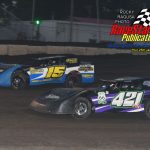 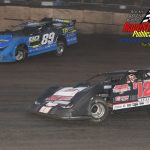 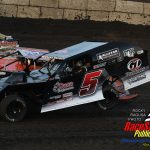 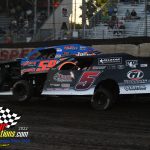