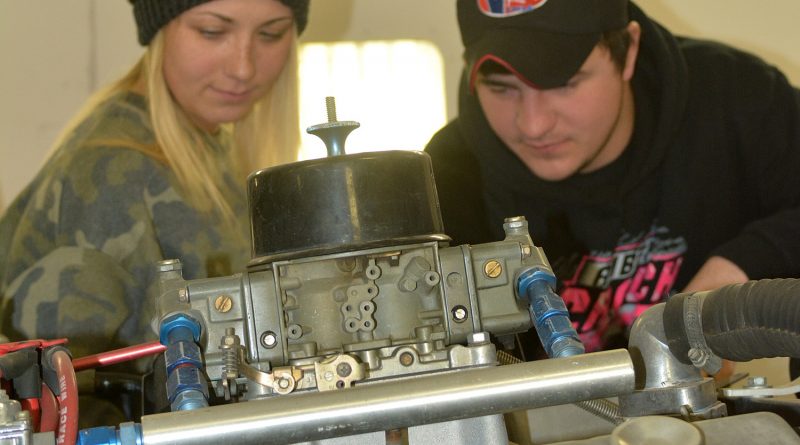 As race tracks have struggled in recent years with decreasing car counts and sagging attendance, Fairbury Speedway promoter Matt Curl and his staff have made move that has gotten the attention of race teams and fans across the country. With the various cost involved with fielding a race car, Fairbury has raised the purse for a regular weekly program in the Late Model class thru the field with the winner taking $2500 to win and $300 to start. Modified drivers will now compete for a $1500 check and $175 to start. Drivers from neighboring Border States and the St. Louis area have took notice and plan to venture to the historic fairground oval, hoping to take the top prize.

Keeping the fans in mind with the higher paying weekly shows, Curl has stated there will be no increase in gate admission. In a move to introduce the Fairbury American Legion Speedway to new fans and show appreciation to the longtime fans, the track will hold a Fan Appreciation Night with all fans admitted free in the stands.

Open practice is scheduled for April 27, with the first race on May 4 with the Street Stock in the Earl Hubert Memorial race. The Prairie Dirt Classic takes place on July 26-27. The World of Outlaw Sprint Car Series returns on June 4. POWRi Midgets will have two dates on July 6 and August 15 as part of the Fairbury Fair. The Modified Nationals is on August 31 with Modified drivers in twin 40 lap races. The season will conclude on September 21 with seven classes taking part in the program.

The 2019 Fairbury American Legion Speedway schedule has been released with 22 race nights on the card. The regular weekly classes will include Super Late Model, Modified, Street Stock, Sportsman, and Hobby-Modified. The schedule will be highlighted by the World of Outlaw Late Model Series in the 30th Annual Prairie Dirt Classic on July 26-27. The World of Outlaw Sprint Cars will return on June 4. POWRi Midgets will have two dates on July 6 and return on August 15 as part of the Fairbury Fair. Pro Late Models and the MOWA Sprint Cars also have race dates set.

The Alkota “Keep it Clean” Series returns as Late Model, Modified, Street Stock, and Sportsman drivers will compete on the regular race nights for a pressure washer to be awarded at the end of the season. Points will be tabulated by the number of cars a driver passes in their feature race.

LaSalle Speedway will begin the 2019 race season with the 8th Annual Thaw Brawl on March 29-30 as the American Ethanol Late Model Tour headlines the event. Farmer City Raceway opens on April 5-6 with the Illini 100 for the World of Outlaw Late Model Series.

A friendship with two time UMP National Late Model champion, Rusty Schlenk of McClure, Ohio gave Cullom’s Amber Crouch to compete at the Gateway Nationals in St. Louis, Missouri on November 29-December 1. “We had talked about it, plus I use to drive a Rayburn Race Car. Before you know it, we made plans to go race his Schlenk/Rayburn Late Model,” said Crouch.

Scott Bloomquist, Jonathan Davenport, Shannon Bab, and Bobby Pierce were among the 93 Late Model drivers on hand for the $30,000 to win race. Crouch, a regular in the Sportsman class at Fairbury, would be making her first ever start in the much lighter car, before some 20,000 -25,000 fans at the Dome of America’s Center. “I was a little nervous knowing that I would be going against the best of the best,” Crouch said. “I tried to stay focused and reminded myself that I do this every weekend.”

In Thursday’s qualifying, Crouch timed 31st out of 45 drivers in her group. Trouble in her heat found Amber starting on the pole in one of the C-Mains. “It took me a few laps to get adjusted to the car. I was pleased with our qualifying effort,” spoke Crouch. “I was able to lead about four laps in the C-Main before someone got into the back of my car. I spun out and had to go to the back of the field. Unfortunately there weren’t enough laps left and our night was over.”

“Overall I am pleased with how the weekend went,” Crouch said. “My thing was I had to prepare myself mentally for the experience of racing against some of the top drivers. I was able to learn so much from Rusty and his crew and I can say that was the best racing experience that I have ever had. Rusty Won the Race of Champions on Thursday in an amazing race. I can’t ever thank him and his crew enough for allowing me to race one of his cars in one of the premier events in racing. My brother, Timmy, Mom and Dad, Michael Miller, Dustin Price, RLM Enterprises, Mario’s Pizza, and Ethan Crouch all made the trip possible. My boyfriend, Kurt Rogers flew in just to help us out.”

Being the first female to compete at the Gateway Nationals and with the race on PPV with DirtonDirt, Crouch caught the attention of the fans.” A lot of the fans came to the pits and offered their support,” commented Crouch. “When I got back home, I saw a lot of friends and fans. They were all excited for me. It is the support that I get that drives me to keep going.”

Crouch has plans to compete weekly in the Sportsman class at Fairbury for 2019, while debuting her new Pro Late Model when time allows. A race party for Crouch will be held at the Pontiac VFW on March 2.

Ashkum’s Brandon Pralle brought his Sportsman car to the race, finishing 2nd in the C-Main and 7th in his B-Main.

Mike Harrison continued his tear by winning the Modified race, with Plainfield’s Mike McKinney in second. Pontiac’s Jeffrey Ledford was running in the top ten until a part failure relegated him to 17th.