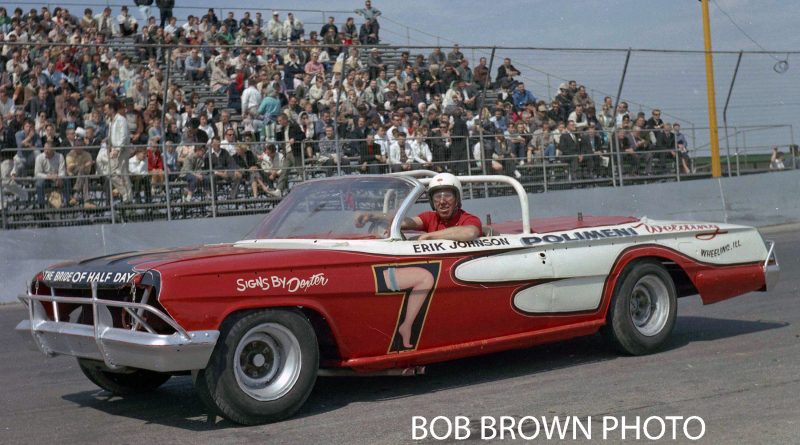 Chicago, Ill.—One of Chicagoland’s best, Erik Johnson passed away in Arizona on September 24 at the age of 92.

Johnson was a three-time late model stock car champion at O’Hare Stadium in Schiller Park, Ill., which was located in the shadows of Chicago’s O’Hare International Airport.  He won the titles in 1962, 1967 and 1968 behind the wheel of a potent Martinelli Brothers-owned Chevrolet.

Known for wearing white tennis sneakers, Johnson, who hailed from the north suburban area of Chicago, raced at O’Hare in both modifieds and late models from 1956 until the track closed in 1968.  He was the first driver to win 50 career late model feature races at the quarter-mile, paved speedway, totaling up that amount by 1964.  Johnson won just over 90 feature races at O’Hare including the track’s O’Hare American 500 in 1966 in a 1964 Chevy convertible.  Most of the time, Johnson was driving the red and white Martinelli Brothers entry that carried the number ‘7’ on its sides with a woman’s leg with a garter inside the number.

Before trying his luck on paved tracks, Johnson raced and won at a number of local dirt tracks including Santa Fe Park Speedway, Wilmot (Wis.) Speedway and on the dirt at Waukegan Speedway.  He was a feature winner at Santa Fe in 1954.  Johnson wheeled one of Roy and Reno Martinelli’s early racing creations to feature wins in 1955 at Santa Fe and won four more in 1956 and two in 1957 at the “Track of Clay.”  For a time, he was the qualifying record holder for Santa Fe’s half-mile track.

Feature wins at Mance Park Speedway, the Mazon Speed Bowl and Blue Island’s Raceway Park were also part of Johnson’s racing career.  Johnson, a crane operator by trade, would have to miss races sometimes because of being out of town on a work project.

After O’Hare Stadium closed, Johnson raced at the newly paved Waukegan Speedway and the Rockford Speedway.  He won two 100 lappers at Waukegan during the early part of the 1969 season.  He finished sixth in the points at Rockford in 1969, winning several feature races after getting a late start.   Johnson closed out his racing career at the Rockford in the early 1970s.  He finished in the “top 10” in points in 1971 and was a feature winner, making one of his final starts in the track’s National Short Track Championships 200.

Johnson was inducted into the Illinois Stock Car Hall of Fame in 2016.

On pavement or dirt, Erik Johnson was one of the area’s best. 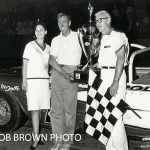 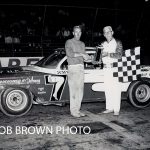 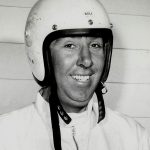 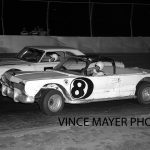 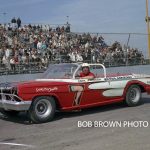 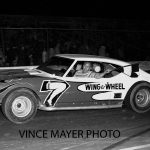 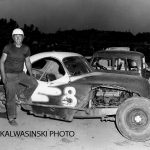