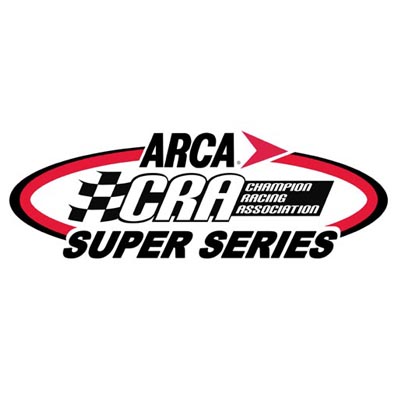 (Salem, IN) – Champion Racing Association (CRA) officials announced today the return of the “CRA Road to Bristol” program for teams in the ARCA/CRA Super Series powered by JEGS, the JEGS/CRA All-Stars Tour presented by Chevrolet Performance and the Lawrence Towing CRA Street Stocks. While the Short Track U. S. Nationals presented by Vore’s Welding at Bristol Motor Speedway on May 18th-20th, is again being hailed as one of the biggest short track racing events for 2018, officials see the events prior to Bristol as having major significance as well.

For the Super Late Models in the ARCA/CRA Super Series, there are three events prior to the event at Bristol Motor Speedway (tri-sanctioned by CRA, the CARS Tour and the Southern Super Series). Those events are the event at Fairgrounds Speedway Nashville in Tennessee on April 7th, the 100 lap event at Toledo Speedway in Ohio on April 14th and the 125-lap tune up for the Anderson 400 at Anderson Speedway in Indiana on May 5th. For the Short Track U. S. Nationals, CRA officials plan to have provisionals for the top two in series points that don’t make it through qualifying. In addition, guaranteed starting spots in the Short Track U. S. Nationals, 100-lap  $12,000 to win feature, will go to the winners of each one of the events previously mentioned, if those teams do not make it in through qualifying.

For the CRA Street Stocks, the four events leading up to Bristol are Cabin Fever at Lucas Oil Raceway in Indianapolis on March 25th, a 75-Lap event at Anderson Speedway on April 7th, the $3,000 to Win 200 lap event at Shady Bowl Speedway in Ohio (the first event in the CRA Street Stock Five Crown Championship) on April 21st, and the $3000 to Win 200 Lap Bob Fields Memorial at Mt. Lawn Speedway on May 6th. The top two in series points, which fail to make the main feature through other qualifying opportunities, will have a guaranteed starting spot in the Short Track U. S. Nationals main feature. In addition, the top two finishers in the previously mentioned first four events of the season, will also have a guaranteed starting spot if they do not make the main feature through other qualifying opportunities.

Officials also announced that all main features will have a minimum of 36 cars if necessary to accommodate the guaranteed starters, therefore, plenty of spots are available for ANY team to make the main feature through qualifying on Short Track U. S. Nationals weekend. Officials expect to have multiple features in every division, therefore EVERY racer present with a legal car, will have the opportunity to race in a feature, with a special “Short Track U.S. Nationals at Bristol Motor Speedway” trophy to honor their victory at the legendary track. To use a CRA guaranteed starting spot outlined above, racers must have participated in all their respective series 2018 points events leading up to the Short Track U. S. Nationals.

Additional event details and entry forms can be found at www.cra-racing.com.