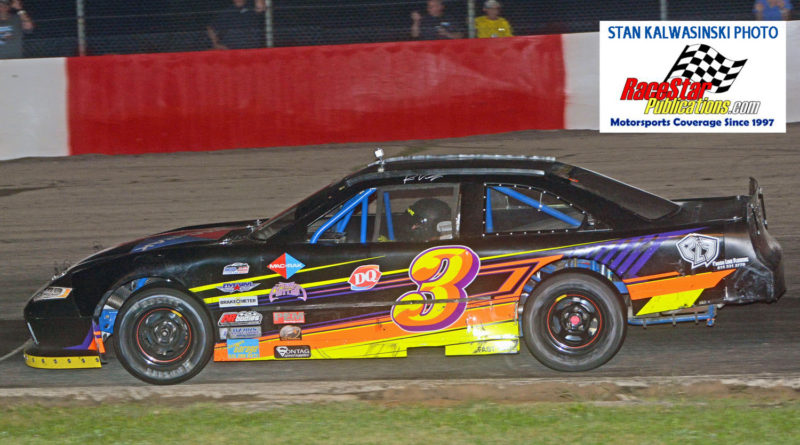 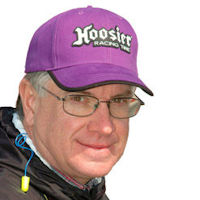 Chicago, Ill.—Fans of some local drivers had something to cheer about after the recent Winchester 400 racing weekend at the historic Winchester Speedway in Winchester, Ind.

The 34-year-old, second-generation racer, from Dyer, Ind., ran the entire, 10-race series schedule in 2018, driving his McDonald’s/Flossmoor Family Auto Repair/Frankfort Family Auto Repair-sponsored Chevrolet No. 9.  Additional sponsorship help came from Midwest Dock Solutions and the Echlin Co.  Three second-place finishes highlighted the season, two of those coming at Winchester.  Shut out of the win column this year, Brutti won his first CRA race of his career at Indiana’s Anderson Speedway in 2017.

“Our family has been involved in racing for over 40 years and we’ve never been able to bring home a championship before, “ commented Brutti about his title-winning year.  “It’s pretty special for me and for my Dad.  He kind of talked me into the points race.  The whole thing is pretty much due to him.”

Commenting about competing in CRA, Brutti stated, “The hardest thing is when we go to tracks where there are local cars.  Places like Anderson and Baer Field in Fort Wayne (Ind.) – they have a lot of good cars.  They race there every week so we’re at a little disadvantage because we don’t have the track time like the regulars.

“The other hard thing is getting it (the car) right at places we go to maybe once or twice a year.  You don’t have a lot of practice time.  You don’t have a lot of time to tune the car.  You need to do your homework at the shop.  You have to be close (setup-wise) right off the trailer or as close as you can.  Sometimes, racing on a touring series, you have to make some pretty big swings (in adjustments).”

Brutti, like any successful racer these days needs support, and said,  “I need to thank my Dad, along with Joe D’Ambrose at Tech One Race Cars, Dan at Competition Engines, Jeff Cannon at FRS Shocks and Jim Smith, he went to almost all the races with us this year.”

Austin Kunert of Batavia, Ill., was in position for a number of laurels before Sunday’s ARCA CRA
Super Series 47th annual Winchester 400.  The 19-year-old racer was among four contenders for the overall series title and a rookie of the year candidate.

Kunert and his Blue Demon Welding Products/Custom Companies-sponsored Toyota No. 29 qualified 10th fastest for the 400 and led some 30 laps or so until alternator/battery problems slowed him down with Kunert being credited with an 11th place finish, completing 382 laps. Sunday’s effort was good enough for second place in series points and rookie of the year honors.

Veteran racer Wes Griffith, Jr. of Crown Point, Ind., won his first career JEGS/CRA All-Stars Tour race, leading wire-to-wire in Saturday’s 100-lap chase at Winchester.  He held off Florida’s Stephen Nasse for the win.  Griffith was behind the wheel of his Solid Steel Inc. Toyota No. 33.

“We have tried and tried and we’ve been leading races and got taken out,” the 51-year-old Griffith told Speed51.com.  “We’ve junked at least five or six (cars) here and had good cars.  It just finally all came together.  Just persistence, that’s all it is.”

Vandermeir was last year’s Mid American series rookie of the year and the Mid American division titlist at Grundy County Speedway (Morris, Ill.) in 2016.  The 36-year-old Vandermeir from Sheridan, Ill., is a third-generation racer, part of the Vandermeir racing clan, including Grandpa Jim and great uncles Jerry and Gene, who use to race at the old O’Hare Stadium in Schiller Park, Ill.

Vandermeir’s usual black Chevy No. 3 ride encountered some problems at Rockford Speedway during the National Short Track Championships in late September with his team having to bring the backup car – the black No. 28, usually driven by his brother, Aric, to LaCrosse.

“We showed up with a piece that can win every week,” said Vandermeir about his championship.  “It (the championship) means the world to me.  This is what we have been working for.  The level of competition here is something else.”