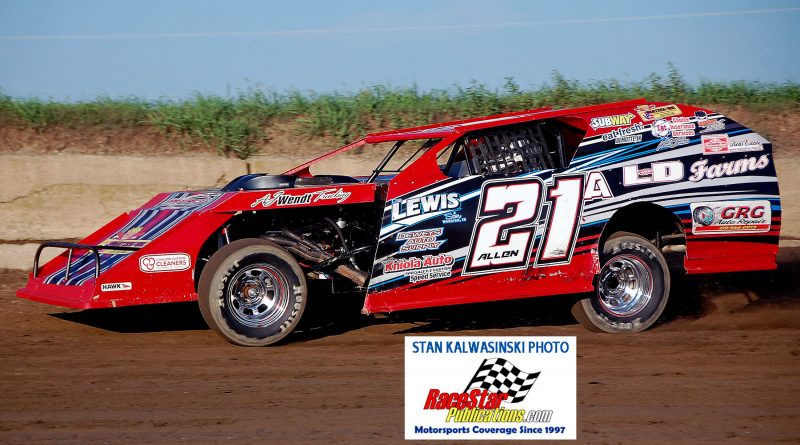 Under the ownership of Jim and Jill Bush, the track began hosting stock car racing on its oval track in 1983 with the Grand Opening date being July 1, 1983.  Shady Hill sponsored both motorcycle motocross and stock car racing for two or three years with the track becoming home to Saturday night stock car racing a few years later.  In 1995, Jim and Jill Bush sold the track to Dale Sorrels and the track’s official name was changed to Shadyhill Speedway.  A few years later, the track changed hands again with Robert and John Schmitter becoming the new owners.  As the years went on, the quarter-mile clay/dirt oval was operated by the Schmitter Family – John, Terre and Barb with John Schmitter and his sister, Barb Broedel, later heading the speedway’s operations.

For the 2017 season, Billy Alger of Logansport, Ind., and his partner, Tammy Hunt, took over the ownership of the speedway.  Alger had competed as a driver in Automobile Racing Club of America (ARCA) stock car competition.  As a car owner, Alger had also fielded entries in both ARCA and in the NASCAR’s truck series. Previously, he was the owner of the U.S. 41 Speedway in Lake Village, Ind., turning the go-kart facility from a paved road racing facility into a dirt oval track during his tenure.

Mark Myers was the track’s first modified track champion in 1992 with some of the early modified action being sanctioned by the International Motor Contest Association (IMCA).  The track’s late model champion in 1988, Jerry Danford won the modified championship in 1993; Charles “Bub” Patrick in 1994; Mike Hollifield in 1995; Bill Davis in 1996 with Dan Hamstra stringing together three track championships in a row between 1997 and 1999 with the modified rules now following United Midwestern Promoters (UMP) guidelines.

Wheatfield’s Nick Allen won his first modified track championship in 2003 after competing in the track’s mini-stock division previously.  Allen would go on to become an eight-time UMP modified champion at Shadyhill – winning four straight titles between 2009 and 2012 and winning his last championship in 2016.  Allen’s titles are the most by any one driver at “The Hill.”  Tom Bell stopped Allen’s championship streak in 2013.  Another Wheatfield speedster, Brad DeYoung won the modified crown in 2017, repeating his championship effort of 2015.

Lake Village racer Jamie Lomax had one of those career-seasons in 2018, winning 20 DIRTcar UMP modified feature races, ending up third in the UMP “national” standings and capturing the UMP modified track title at Shadyhill.  Lomax, who is a former two-time modified champion at Indiana’s Plymouth Speedway, nailed down 12 feature races at “The Hill” to propel him to his first Shadyhill championship.  Lomax finished ahead of the DeYoung brothers, Brad and Kevin, in the final standings.

The speedway has hosted its Firecracker 50 for UMP modifieds for the past 18 years.  Ryan Thomas of Brownstown, Ind., was the winner of last year’s 50-lap chase, defeating Mike McKinney and Jamie Lomax.  Illinois’ Jeff Leka is the only three-time winner of the race, claiming the trophy in 2006, 2007 and again in 2009. Michigan’s Jacob Poel is the race’s only two-time winner, taking the checkered flag in 2013 and 2016.  Dan Hamstra won the first Firecracker 50 in 2001.

Over the years, only two UMP Summer Nationals late model specials have been held at Shadyhill.  On July 4, 2000, Bob Pierce, “The Tall Cool One,” won the $5,000-to-win Summer Nationals headliner over fast qualifier Kevin Weaver and Ed Dixon.  With an event being rained out in 2016, the Summer Nationals returned last year with Frank Heckenast Jr. winning the 40-lap main event on July 10 ahead of Rusty Schlenk and Billy Moyer.

Boyce Industries in Melrose Park, Ill., is closing. After 10 months of negotiating, a legal closing took place on March 19, 2019. Al Lowe of AED Motorsport Products, located in Indianapolis, is the new owner. The Boyce name will continue on as AED will operate as Boyce Industries in the tube bending side of their business. They will continue to produce Boyce products such as exhaust systems, suspension parts, and frame rails. AED currently is a wholesale tubing distributor in both the racing and aircraft industries.

Formerly known as the Trackburner Chassis Company or Boyce Engineering, the business was founded by stock car racer Bob Boyce.  The company moved from its Western Ave. location on Chicago’s Northside to Melrose Park in the late 1970s.  Boyce’s business was involved in specialty tube bending, racing exhaust systems, including for NASCAR competition, and custom stock car frame rails.  Boyce, who began his stock car racing career at O’Hare Stadium in Schiller Park, was the 1970 late model stock car champion at Illiana Motor Speedway in Schererville, Ind., with his original stock car chassis business having built countless chassis for both asphalt and dirt racing.  Tom Gerken, son of Whitey Gerken, and Dennis Miendersma, who raced on area dirt tracks as Dennis Marcelle, are longtime employees of the company.  Boyce, who relocated to northwest Indiana a number of years ago, is involved today in vintage sports car and Indy car racing and is a collector of historical race cars. 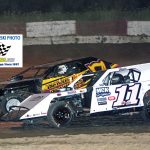 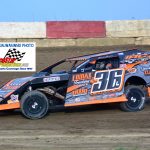 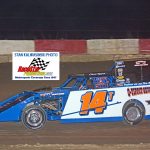 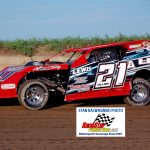 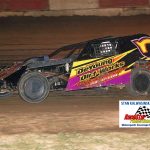 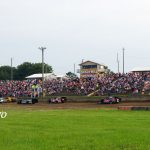 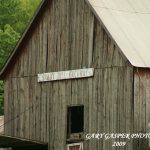 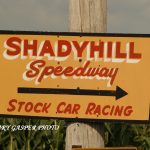 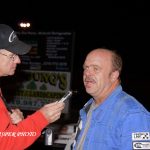 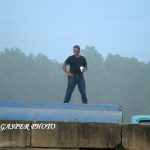