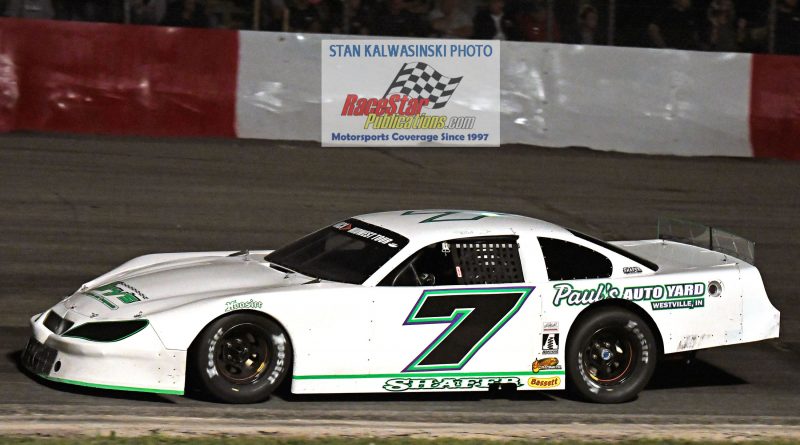 Chicago, Ill.—One of my favorite races of the year – the annual Tony Bettenhausen Classic 100 late model stock car special is set for Saturday evening, September 14, at the Grundy County Speedway in Morris, Ill.  The 58th running of this traditional Chicagoland race will be presented by Elite Tradeshow Services and pay $5,800, plus lap prize money, to the winner.  Race officials predict more than 24 late model cars and drivers will be on hand.

This will be the fourth year that the Bettenhausen Classic has been held at the Grundy speed plant.  The event originated at the now-closed Illiana Motor Speedway in Schererville, Ind., in 1962 – first as a United States Auto Club (USAC) stock car race with the likes of Troy Ruttman, Paul Goldsmith and Norm Nelson winning the USAC races.

Illiana founder and promoter Harry Molenaar changed the format of the event to “open competition” with Conan “Moose” Myers winning in 1965 – the first of three career Bettenhausen wins for the Fort Wayne, Ind., speedster.

Michigan’s Joy Fair won the race twice, in 1967 and again in 1969, in his only appearances ever at Illiana.  Perennial Iliana champion Frank Gawlinski won the race a record nine times – his last coming in 1997.  Brett Sontag, Pat Kelly, Dave Weltmeyer, Larry Schuler, Ray Young and Ed Hoffman were other multi-time winners.

Second generation racer Eddie Hoffman, who wrapped up his sixth career late model championship at Grundy this year, won the Bettenhausen 100 at Illiana four times.  Illinois’ Boris Jurkovic and Michigan’s Brian Campbell each won the race twice during the last half-dozen races or so at Illiana.  The final Bettenhausen 100 lapper at Illiana took place in 2015 with Indiana’s Scott Tomasik scoring the victory.

Bartel, Cowman, Kelly and Pavlis, all stock car drivers, along with midget racing competitors Gibson, Thompson and Wilda, were inducted during last ceremonies last Saturday.  George, the Chicago Bears hall of fame football great, was a supporter and sponsor of racing at Grundy after his gridiron days were over.  Later, both of George’s sons, Leo and Biff, competed at Grundy.

A little late coming but hats off to Boris Jurkovic for capturing the Battle at Berlin 251 late model stock car event at Michigan’s Berlin Raceway on Saturday, August 17. Jurkovic bested a field of 30 other drivers and collected $20,000 for his winning effort.  Racing out of the Joliet area, Jurkovic put his Rowdy Manufacturing/Reliable Recovery Services Camry No. 53 into victory lane ahead of Kyle Crump and Brian Campbell.  The race actually ended early Sunday morning after an hour-and-a-half rain delay.

Oertel, who competed in both local and United States Auto Club (USAC) stock car racing, passed away at his home in Rhinelander, Wis., on July 7, at the age of 77.

Racing out of Palatine, Ill., during his speed career, Oertel competed in USAC stock car competition on both pavement and dirt from 1966 through1972, making only two or three races a year and as many as nine in 1971.

Driving for Chicago area car owners Gene Buck, Vern Ladendorf and Dan Kozbiel over the years, Oertel turned in his best USAC performance on October 9, 1966 at Missouri’s  Mid-America Raceways when he finished seventh on the road course in Buck’s 1964 Ford No. 88.  Oertel raced at the “Milwaukee Mile” 16 times.   Oertel wheeled Ladendorf’s 1969 Ford Torino No. 71 to a 14th place finish at Milwaukee on July 12, 1970, earning his biggest paycheck in USAC racing – winning $1,105 for his afternoon’s work.

Over the years, Oertel competed at most of the area paved short tracks including Grundy, Illiana, Waukegan Speedway, Soldier Field and O’Hare Stadium. 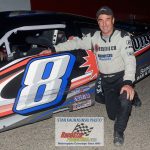 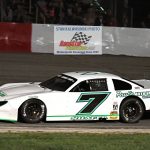 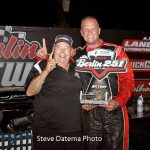 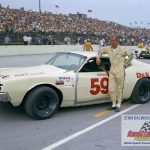