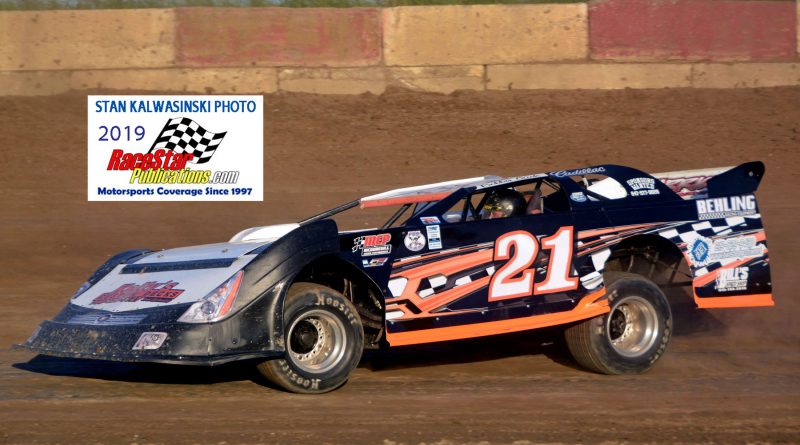 Chicago, Ill.—The Badger Midget Auto Racing Association open-wheel “stars and cars” visit Sycamore Speedway this Saturday evening for the first of six Sycamore appearances during the 2019  season for the Zimbrick Chevrolet of Sun Prairie-sponsored midget series.  Qualifying begins at 6:30 pm with racing right after time trials.  A full program of stock car racing is also on tap at the third-of-a-mile, dirt oval.

The following evening, Sunday night, June 2, "The 73rd Opening Night” will take place at Angell Park Speedway in Sun Prairie, Wis.   The event is the first of the ten-race season at the popular third-mile clay oval, the long-time “home” of Badger midget racing.   Also on the Sun Prairie card will be the MSA Sprint Cars and Wisconsin Dirt Racing Legends Series.

The past several years have seen the Badger midgets compete on a regular basis at the Sycamore oval.  In 2018, six races were held with 2018 Badger champion Scott Hatton winning two feature events.  Andrew Felker, Chase McDermand, Tyler Baran and Ryan Probst each scored one win.  Hatton, the Illinois native who now hails from Sharon, Wis., won his fifth Badger championship in 2018.

Weather has pretty much been the winner so far this year on the Badger schedule.  With rainy/cold weather plaguing the series, only one event has been held with Alaska native Billy Balog winning at Wisconsin’s Beaver Dam Raceway on April 20.   The Badger midget group has been sanctioning racing since 1936 when midget auto racing was in its infancy and gaining wide-spread popularity.

The Sycamore speed plant, actually located in Maple Park – a few miles east of Sycamore, some 65 miles west of downtown Chicago, has seen midget auto racing on and off since its first year of operation in 1963.  United States Auto Club, United Auto Racing Association and World of Outlaw Midgets events have taken place there.  The USAC midgets traveled to Sycamore for the first time in 1966 with California’s Don Meacham driving his Myron Caves-owned midget to victory in the 40-lap feature on June 17, 1966 when the track was known as the Bob-Jo Speedway.

Gash began his stock car racing career at Blue Island’s Raceway Park in 1980 and moved his racing to Illiana in 1983.  With his career always supported by his dad, Bob, who owned numerous late model cars in the 1970s and early 80s, Bobby Gash was a two-time sportsman division champion at the Illiana half-mile paved oval.  Gash won 22 sportsman feature races over a six-year span at Illiana from 1989 through 1994. Gash moved into the late model ranks in 1995.  Gash’s son, Bobby Gash III has also competed in stock cars in the past on both pavement and dirt and raced in the UMP stock car division at Shadyhill last season.

Another driver making the change from asphalt to dirt this year is Billy Knippenberg.  The Joliet, Ill., speedster won the late model track championship at Grundy County Speedway in Morris, Ill., in 2005 and again in 2017, winning a dozen late model features at Grundy over the years.  The son of former Santa Fe Speedway dirt track champion, Bill Knippenberg, the second-generation driver got his start in racing on the dirt – where he competed for about eight years.  Moving over to pavement, Knippenberg was Grundy’s Mid American sportsman division champion in 2000 and 2011 after being named Grundy’s late model rookie of the year in 1997.  Knippenberg had a slick-looking Pro Late Model car at Shadyhill last Saturday but dropped out of the feature race early.

Michael Marden is another former pavement racer that has taken to dirt track competition, racing in the UMP Pro Late Model ranks at several different speedways.  Another Illinois racer, Marden was second in the Pro Late Model points at both Shadyhill and Kankakee last year.  Marden competed in Mid American sportsman action at Illiana and Grundy during his years on asphalt and was seriously injured in a wreck at Illiana in 2004.  Marden’s racing career goes back to the 1980s when he made some USAC and ARCA starts and competed with Sal Tovella’s International Racing Association series.  He made one NASCAR Busch Grand National start at the “Milwaukee Mile” in 1984.  Marden finished sixth in the 20 lapper at Shadyhill Saturday night.

A crewmember for a number of local racing teams over the years, Lloyd Doogan passed away on May 24.  Doogan worked with several teams including Lorz Motorsports, Pockrus Racing, Nutley Racing and Matt Hagan Racing.  Always smiling and having a good word to say, Doogan had been battling cancer.  RIP, Lloyd. 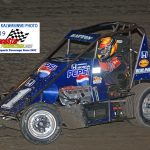 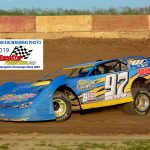 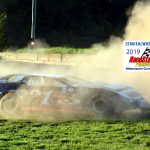 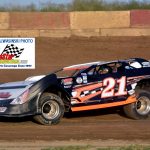 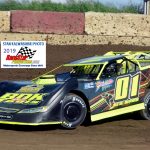